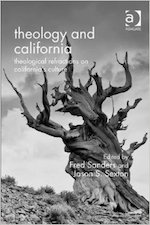 Exploring California as a theological place, this book renders critical engagement with significant Californian religious and theological phenomena and the inherent theological impulses within major Californian cultural icons. Harnessing conceptual tools inherent to theology, through theological reflection, assessment, and critique, the chapters in this volume begin to ascertain the significance of various empirical data and that no other qualitative methodological Californian study has done. Many universities are picking up on California literature as a theme that highlights a place of hope, wonder, and cultural innovation, but have neglected the significance of theological instincts flowing through the Californian dynamic. Californians Fred Sanders and Jason Sexton assemble leading voices and specialists both from within and without California for engagement with California’s influential culture: including leading theologians and cultural critics such as Richard J. Mouw, Paul Louis Metzger, and Fred Sanders, alongside leading specialists in Film studies and cultural critique, theological anthropology, missiology, sociology, and history.

Fred Sanders is Professor in Biola University’s great books program, the Torrey Honors Institute. With Oliver Crisp he is the coordinator of the annual Los Angeles Theology Conference, and he is a faculty member for the Los Angeles Bible Training School. An evangelical Protestant theologian with a passion for the great tradition of Christian thought, he holds a degree in art from Murray State University, an MDiv from Asbury Theological Seminary (Kentucky), and upon moving back to California earned a PhD from the Graduate Theological Union (Berkeley). Since 1999 he has taught at Biola University. Sanders has published four volumes of theological comic books, Dr. Doctrine’s Christian Comix (InterVarsity Press, 1999), one academic monograph, The Image of the Immanent Trinity: Rahner’s Rule and the Theological Interpretation of Scripture (Peter Lang, 2005), a more accessible volume engaging trinitarian theology, The Deep Things of God: How the Trinity Changes Everything (Crossway, 2010), and is author of the the volume on the Trinity in Zondervan Academic’s New Studies in Dogmatics series. He co-edited Jesus in Trinitarian Perspective: An Introductory Christology (Broadman & Holman, 2007). His articles have appeared in Dialog: A Journal of Theology, Cultural Encounters: A Journal for the Theology of Culture, Southwestern Journal of Theology, and The Oxford Handbook of Systematic Theology. Along with having reviewed books in Theology Today, Scottish Journal of Theology, the International Journal of Systematic Theology and First Things, he is also a popular blogger at Patheos’s blog, The Scriptorium and also at the First Things blog Evangel.

Jason S. Sexton is a fourth generation Californian who taught theology at Cambridge while a visiting scholar at Ridley Hall. He is currently a Research Associate at USC’s Center for Religion and Civic Culture, is a lecturer in the Honors Department at California State University, Fullerton, and is the Administrative Convener of the TECC Project. He holds the PhD from the University of St. Andrews on the doctrine of the Trinity and contemporary evangelical theology. He has published articles on trinitarian theology in Journal of Theological Interpretation, Journal of the Evangelical Theological Society, Scottish Bulletin of Evangelical Theology, American Theological Inquiry, and Baptist Quarterly. He is the author of The Trinitarian Theology of Stanley J. Grenz (T&T Clark/Bloomsbury, 2013), and the forthcoming, Evangelicals and the Trinity: Tracing the Return to the Center of Christian Theology (IVP). And with Derek J. Tidball and Brian Harris he is the editor of Revisioning, Renewing, Rediscovering the Triune Center (Cascade, 2014), and is general editor of Two Views on the Doctrine of the Trinity (2014) in Zondervan’s Counterpoints Series. He is also editor of the ‘Mission and Culture’ reviews section of Themelios and is a contributing editor at Marginalia Review of Books, a Los Angeles review of books channel.