Shortly after publishing Reclaiming Dietrich Bonhoeffer: The Promise of His Theology (Oxford, 1994), Marsh began considering the religious and moral paradoxes of his own southern Protestant upbringing. He was struck by the complex ways theological commitments and convictions came into dramatic conflict in the civil rights movement in the American South. The religious beliefs and social practices of ordinary people of faith illuminated a new way of writing theology for him, the first fruit being God’s Long Summer: Stories of Faith and Civil Rights (Princeton, 1997) which won the 1998 Grawemeyer Award in Religion.

His memoir, The Last Days: A Son’s Story of Sin and Segregation at the Dawn of a New South (Basic Books, 2001), is a coming of age account of a minister’s son in a small Mississippi town that was home to the Christian terrorist organization called the White Knights of the Ku Klux Klan.

His 2005 book, The Beloved Community: How Faith Shapes Social Justice, from the Civil Rights Movement to Today (Basic Books), developed a new interpretation of the Civil Rights Movement based on Martin Luther King Jr.’s remark that “the end [of the movement] is not the protest, the end is not the boycott; the end is redemption, reconciliation and the creation of beloved community.”

In 2007, Marsh wrote a theological analysis of the Christian Right’s support of the presidency of George W. Bush entitled Wayward Christian Soldiers: Freeing the Gospel from Political Captivity (Oxford, June 2007), which was excerpted in the New York Times, the International Herald Tribune and the Boston Globe.

Marsh is delighted to have co-authored a book with his lifelong friend, the civil rights activist John M. Perkins. Welcoming Justice: God’s Movement Toward Beloved Community was published by InterVarsity Press in Fall 2009 and is based on lectures delivered during the Teaching Communities Conference at the Duke Divinity School Center for Reconciliation.

Marsh, a 2009 John Simon Guggenheim Fellowship in the Creative Arts, served as the Ellen Maria Gorrissen Fellow at the American Academy of Berlin in spring 2010. His most recent book, Strange Glory: A Life of Dietrich Bonhoeffer (Knopf, 2014), received the 2015 Christianity Today Book Award in History/Biography. 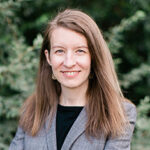 Kim earned a bachelor’s degree in Psychology and Classics (double major) from the University of Virginia, and a master’s degree in Cinema Studies from New York University. Prior to coming to The Project on Lived Theology, she served as a copy and research editor at UVA’s Washington Papers. While there, she co-edited an upcoming print and digital edition of Martha Washington documents. Kim also managed communications at Monticello and UVA’s Miller Center. A longtime volunteer and supporter of the Virginia Film Festival, Kim enjoys discovering, watching, and discussing movies.

Jessica graduated from Colorado College with a bachelor’s degree in anthropology. Before joining the project team, she worked extensively in grant management at the University of Colorado. She and her husband, a basketball coach, have two daughters and many animals. They all live together in a cooperative household with extended family, and Jessica is the house chef for ten people. While cooking occupies much of her free time, she also enjoys gardening, reading and sports.

Dorothea is a fourth-year engineering student at UVA, who focuses on Aerospace. She came here from Missouri, where she was heavily involved in writing groups and Irish dance. Here on Grounds, she is part of various comedy groups, as well as President of the Swing Dance club. She hopes to someday work somewhere where she can contribute to space exploration missions. In her spare time, she enjoys reading or geocaching. 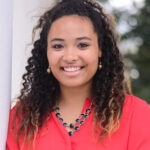 Rachel is a fourth-year religious studies major at UVA, where she is on a pre-medical track. At the Project on Lived Theology, she is creating a digital exhibit of historical material related to the civil rights movement in Virginia. Rachel serves as president of UVA’s Daniel-Hale Williams Pre-Health Society and as a peer advisor for UVA’s Office of African-American Affairs. She volunteers at The Haven, a multi-resource day shelter in downtown Charlottesville. 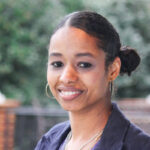 Larycia Hawkins is the Abd el-Kader Visiting Faculty Fellow at UVA’s Institute for Advanced Studies in Culture. At the Institute, she is working on the Race, Faith, and Culture Project, which examines how multiracial communities of faith could impact American race relations, and the Pluralism Project, which studies changing majorities and minorities. Larycia’s publications include “Prophetic and Priestly: The Politics of a Black Catholic Parish” (2015) and “Jesus and Justice: The Moral Framing of the Black Agenda” (2015). Her writing, speaking, teaching, and scholarship are squarely animated by a conviction that political science should be relevant to the real world.

Isaac Barnes May is Assistant Professor of American Studies at the University of Virginia. He recently completed a PhD in Religious Studies at UVA, and is a graduate of Earlham College and Harvard Divinity School. Isaac specializes in American religious history, focusing on religion and modernity, liberal religion and the religious left. He is particularly interested in the study of pacifism, religion and law, and how religious groups respond to the pressures of secularization. His dissertation focuses on changing notions of God and the emergence of nontheistic perspectives within twentieth-century Unitarianism, Quakerism, and Reconstructionist Judaism. Isaac was a contributor to The Cambridge Companion to Quakerism, and his research has been published in journals including Peace & Change and Religions. 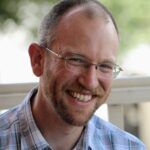 Peter Slade teaches courses in the history of Christianity and Christian thought at Ashland University in Ohio. His research interests include religion and the long Civil Rights Movement, and ecclesial practices of reconciliation and resistance. Pete’s scholarship and teaching are grounded in his work and life in the church. His interest in the lived ecclesiologies of Christian communities led to his first book, Open Friendship in a Closed Society: Mission Mississippi and a Theology of Friendship (Oxford University Press, 2009), an interdisciplinary study of an ecumenical racial reconciliation initiative in Mississippi. Pete is co-editor of and contributor to two volumes connected with the Project on Lived Theology: Mobilizing for the Common Good: The Lived Theology of John M. Perkins (University Press of Mississippi, 2013) and Lived Theology in Method, Style, and Pedagogy (Oxford University Press, 2016). He contributed a chapter to the Project’s Can I Get a Witness? (Eerdmans, 2019), and is a co-editor and contributor to the companion volume People Get Ready (Eerdmans, forthcoming). Pete’s current research focuses on the teaching of race, memory, justice, and reconciliation in church-related colleges and universities in the United States. 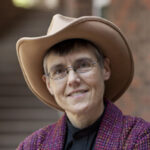 Heather Warren is an associate professor in the religious studies department at UVA, where she specializes in the history of American religious life and thought from the late-nineteenth century to the present. Her research has also carried her into the field of American religious autobiography. Heather contributed a paper to the Lived Theology and Community Building Workgroup (meeting #3). She also gave a guest lecture, “Civil Rights and the Habit of Autobiographical Theological Reflection,” as part of the “Thursday Nights: Conversations in Lived Theology” series. Heather has served as a Summer Internship in Lived Theology mentor. As a PLT research fellow, she is studying U.S. southern ministers and the Protestant Hour radio show.