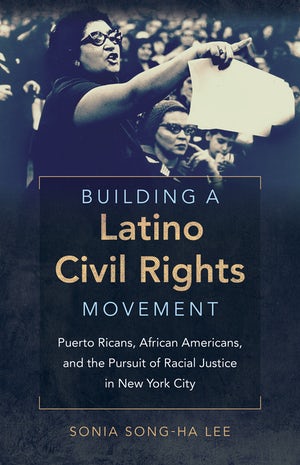 In the first book-length history of Puerto Rican civil rights in New York City, Sonia Lee traces the rise and fall of an uneasy coalition between Puerto Rican and African American activists from the 1950s through the 1970s. Previous work has tended to see blacks and Latinos as either naturally unified as “people of color” or irreconcilably at odds as two competing minorities. Lee demonstrates instead that Puerto Ricans and African Americans in New York City shaped the complex and shifting meanings of “Puerto Rican-ness” and “blackness” through political activism. African American and Puerto Rican New Yorkers came to see themselves as minorities joined in the civil rights struggle, the War on Poverty, and the Black Power movement–until white backlash and internal class divisions helped break the coalition, remaking “Hispanicity” as an ethnic identity that was mutually exclusive from “blackness.”