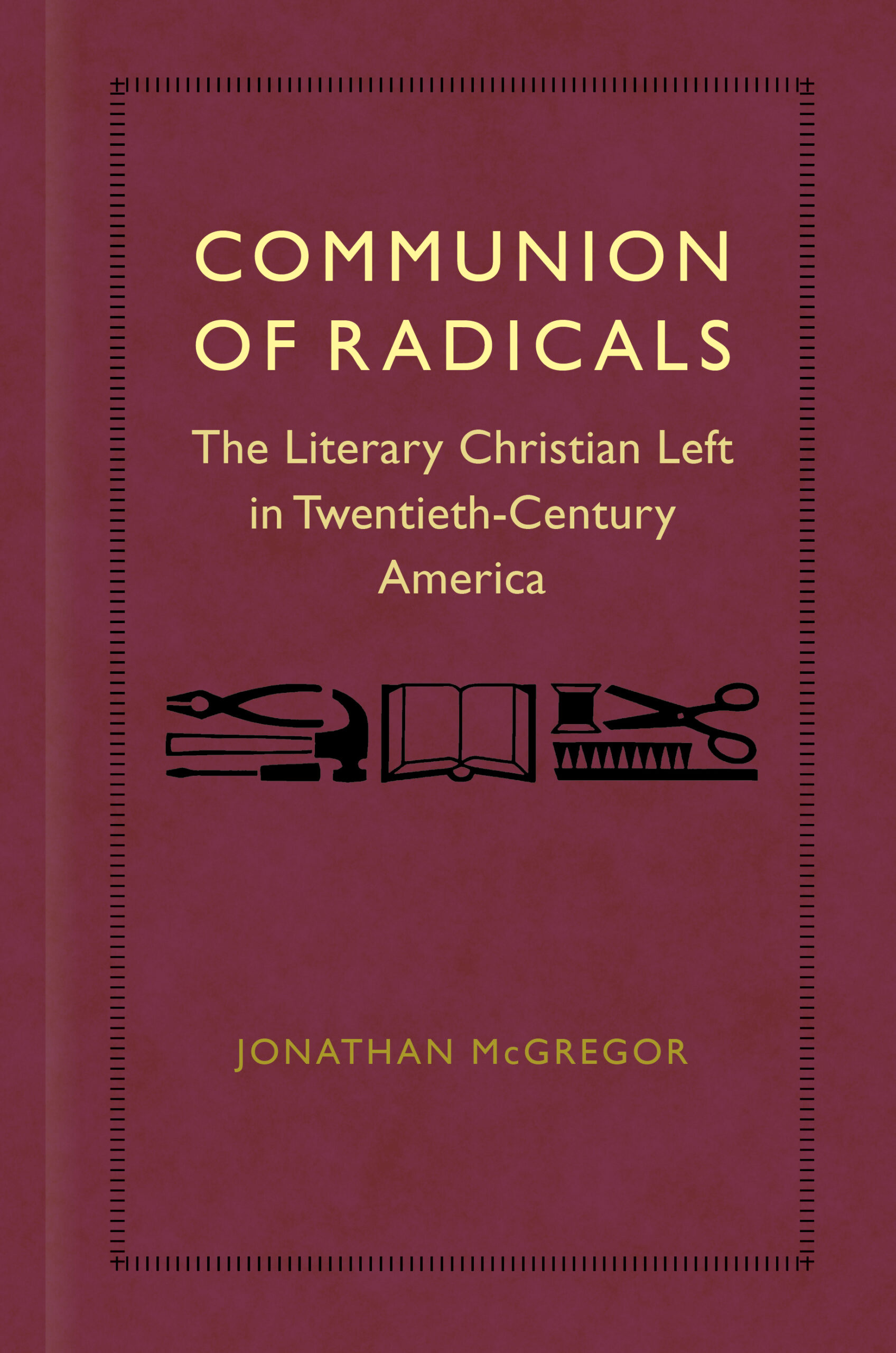 Popular perceptions of American writers as either godless radicals or God-fearing reactionaries overlook a vital tradition of Christian leftist thought and creative work. In Communion of Radicals, Jonathan McGregor offers the first literary history of theologically conservative writers who embraced political radicalism, as their reverence for tradition impelled them to work for social justice. Challenging recent accounts that examine twentieth-century American literature against the backdrop of the rising Religious Right, Communion of Radicals uncovers a different literary lineage in which allegiance to religious tradition fostered dedication to a more just future.

From the Gilded Age to the Great Depression to the civil rights movement, traditional faith empowered the rebellious writing of socialists, anarchists, and Catholic personalists such as Vida Scudder, Dorothy Day, Claude McKay, F. O. Matthiessen, and W. H. Auden. By recovering their strain of traditioned radicalism, McGregor shows how strong faith in the past can fuel the struggle for an equitable future. As Christian socialists, Scudder and Ralph Adams Cram envisioned their movement for beloved community as a modern version of medieval monasticism. Day and the Catholic Workers followed the fourteenth-century example of St. Francis when they lived and wrote among the disaffected souls on the Bowery during the Great Depression. Tennessee’s Fellowship of Southern Churchmen argued for a socialist and antiracist understanding of the notion of “the South and the Agrarian tradition” popularized by James McBride Dabbs, Walker Percy, and Wendell Berry. Agrarian roots flowered into creative expressions encompassing the queer and Black medievalist poetry of Auden and McKay, respectively; Matthiessen’s Catholic socialist interpretation of the American Renaissance; and the genteel anarchism of Percy’s southern comic novels. Imaginative writing enabled these Christian leftists to commune with the past and with each other, driving their radical efforts in the present.

Communion of Radicals chronicles a literary Christian left that unites deeply traditional faith with radicalism, and offers a usable past that disrupts perceived alignments of religion and politics.