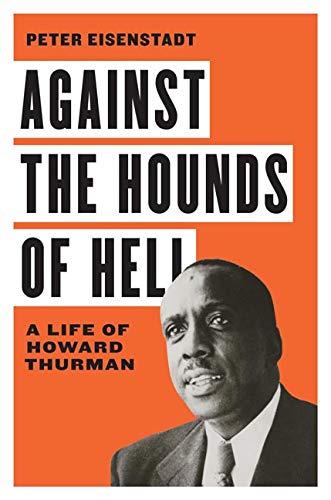 An inspiration to Martin Luther King Jr., James Farmer, and other leaders of the civil rights movement, Howard Thurman was a crucial figure in the history of African Americans in the 20th century. Until now, however, he has not received the biographical treatment he deserves. In Against the Hounds of Hell, Thurman scholar Peter Eisenstadt offers a fascinating exploration of the life of this religious thinker and activist.

Thurman’s life, was as notable for its remarkable variety as its accomplishments. The first significant African American pacifist, Thurman was the first African American to meet Mahatma Gandhi. An early and outspoken feminist, environmentalist, and advocate for social and economic justice, he was one of the first and most insistent mid-twentieth-century proponents of racial integration. At the same time, he was a key figure in the emergence of mysticism and spirituality as an alternative to formal religion.

Thurman dedicated his career to challenging what he called the “hounds of hell”—the ways in which fear, deception, and hatred so often dogged the steps of African Americans and the marginalized and disinherited peoples of the world. This biography will at last establish this multifaceted historical personage as a leading figure of twentieth-century American politics, religion, and culture.