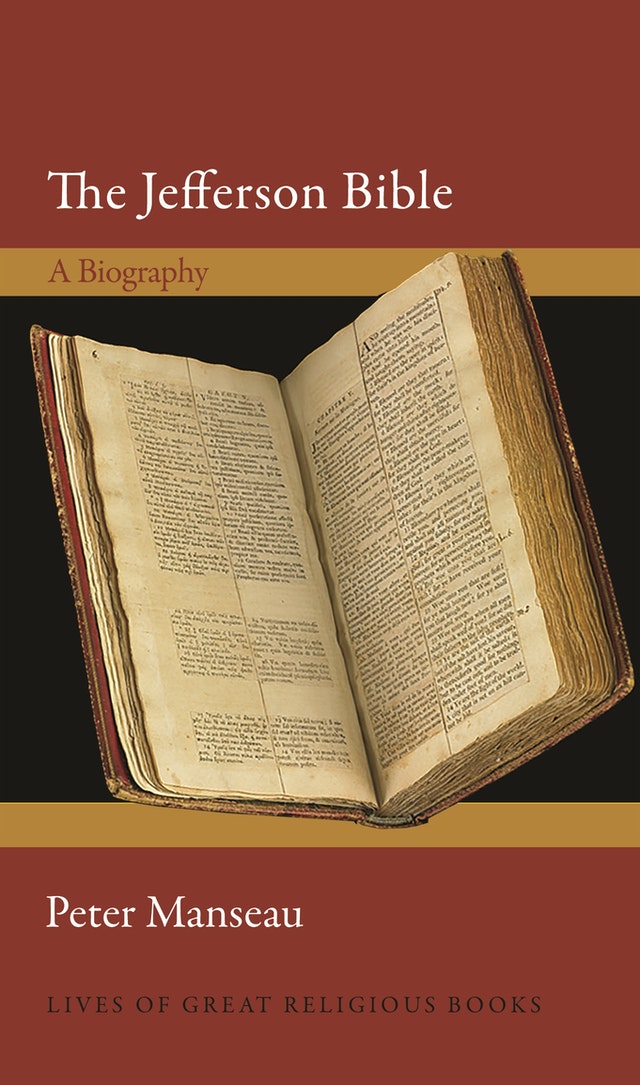 In his retirement, Thomas Jefferson edited the New Testament with a penknife and glue, removing all mention of miracles and other supernatural events. Inspired by the ideals of the Enlightenment, Jefferson hoped to reconcile Christian tradition with reason by presenting Jesus of Nazareth as a great moral teacher—not a divine one. Peter Manseau tells the story of the Jefferson Bible, exploring how each new generation has reimagined the book in its own image as readers grapple with both the legacy of the man who made it and the place of religion in American life.

Completed in 1820 and rediscovered by chance in the late nineteenth century after being lost for decades, Jefferson’s cut-and-paste scripture has meant different things to different people. Some have held it up as evidence that America is a Christian nation founded on the lessons of the Gospels. Others see it as proof of the Founders’ intent to root out the stubborn influence of faith. Manseau explains Jefferson’s personal religion and philosophy, shedding light on the influences and ideas that inspired him to radically revise the Gospels. He situates the creation of the Jefferson Bible within the broader search for the historical Jesus, and examines the book’s role in American religious disputes over the interpretation of scripture. Manseau describes the intrigue surrounding the loss and rediscovery of the Jefferson Bible, and traces its remarkable reception history from its first planned printing in 1904 for members of Congress to its persistent power to provoke and enlighten us today.