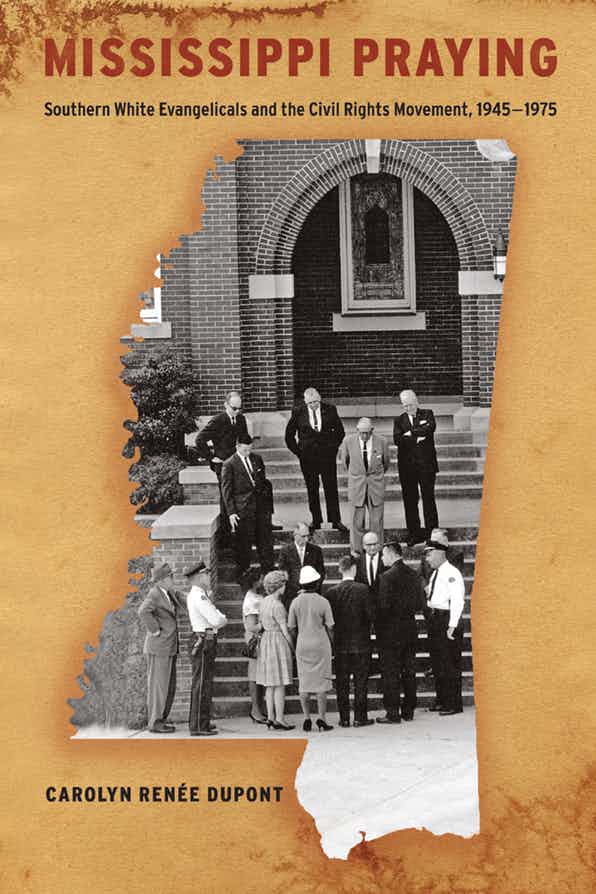 Mississippi Praying examines the faith communities at ground-zero of the racial revolution that rocked America. This religious history of white Mississippians in the civil rights era shows how Mississippians’ intense religious commitments played critical, rather than incidental, roles in their response to the movement for black equality.

During the civil rights movement and since, it has perplexed many Americans that unabashedly Christian Mississippi could also unapologetically oppress its black population. Yet, as Carolyn Renée Dupont richly details, white southerners’ evangelical religion gave them no conceptual tools for understanding segregation as a moral evil, and many believed that God had ordained the racial hierarchy.

Challenging previous scholarship that depicts southern religious support for segregation as weak, Dupont shows how people of faith in Mississippi rejected the religious argument for black equality and actively supported the effort to thwart the civil rights movement. At the same time, faith motivated a small number of white Mississippians to challenge the methods and tactics of do-or-die segregationists. Racial turmoil profoundly destabilized Mississippi’s religious communities and turned them into battlegrounds over the issue of black equality. Though Mississippi’s evangelicals lost the battle to preserve segregation, they won important struggles to preserve the theology that had sustained the racial hierarchy. Ultimately, this history sheds light on the eventual rise of the religious right by elaborating the connections between the pre- and post-civil rights South.