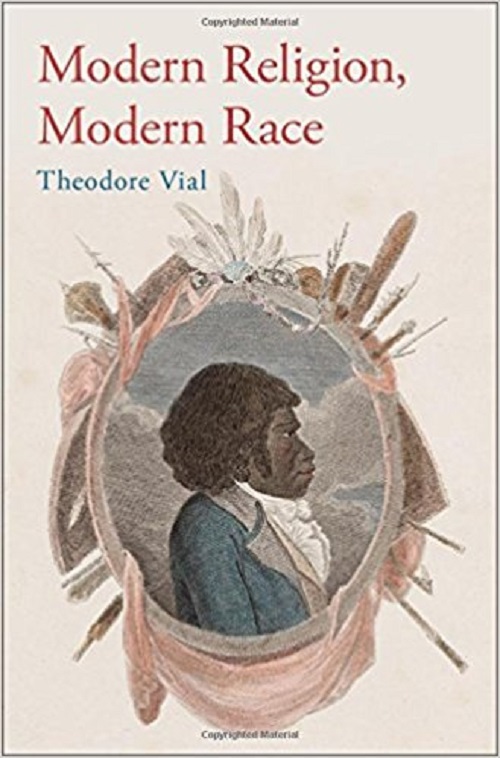 Religion is a racialized category, even when race is not explicitly mentioned. In Modern Religion, Modern Race Theodore Vial argues that because the categories of religion and race are rooted in the post-Enlightenment project of reimagining what it means to be human, we cannot simply will ourselves to stop using them. Only by acknowledging that religion is already racialized can we begin to understand how the two concepts are intertwined and how they operate in our modern world.

It has become common to argue that the category religion is not universal, or even very old, but is a product of Europe’s Enlightenment modernization. Equally common is the argument that religion is not an innocent category of analysis, but is implicated in colonial regimes of control and as such plays a role in Europe’s process of identity construction of itself and of non-European “others.” Current debates about race follow an eerily similar trajectory: race is not an ancient but a modern construction. It is part of the project of colonialism, and race discourse forms one of the cornerstones of modern European identity-making. Why can’t we stop using them, or re-construct them in less toxic ways? By examining the theories of Kant, Herder, and Schleiermacher, among others, Vial uncovers co-constitutive nature of race and religion, describes how they became building blocks of the modern world, and shows how the two concepts continue to be used today to form identity and to make sense of the world. He shows that while we disdain the racist language of some of the founders of religious studies, the continued influence of the modern worldview they helped create leads us, often unwittingly, to reiterate many of the same distinctions and hierarchies.

Although it may not be time to abandon the very category of religion, with all its attendant baggage, Modern Religion, Modern Race calls for us to examine that baggage critically, and to be fully conscious of the ways in which religion always carries with it dangerous ideas of race.