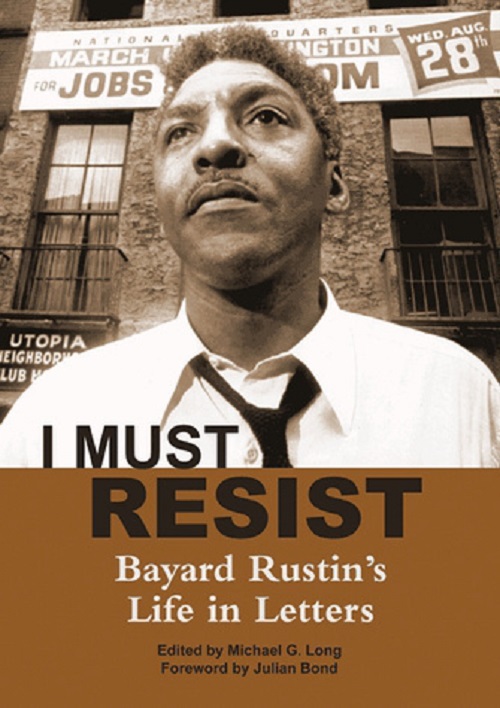 A master strategist and tireless activist, Bayard Rustin is best remembered as the organizer of the 1963 March on Washington, one of the largest nonviolent protests ever held in the United States. He brought Gandhi’s protest techniques to the American civil rights movement and played a deeply influential role in the life of Martin Luther King, Jr., helping to mold him into an international symbol of nonviolence.

Despite these achievements, Rustin often remained in the background. He was silenced, threatened, arrested, beaten, imprisoned, and fired from important leadership positions, largely because he was an openly gay man in a fiercely homophobic era.

Here we have Rustin in his own words in a collection of over 150 of his eloquent, impassioned letters; his correspondents include the major progressives of his day — including Eleanor Holmes Norton, A Philip Randolph, Roy Wilkins, Ella Baker, and of course, Martin Luther King Jr.

Bayard Rustin’s ability to chart the path “from protest to politics” is both timely and deeply informative. Here, at last, is direct access to the strategic thinking and tactical planning that led to the successes of one of America’s most transformative and historic social movements.