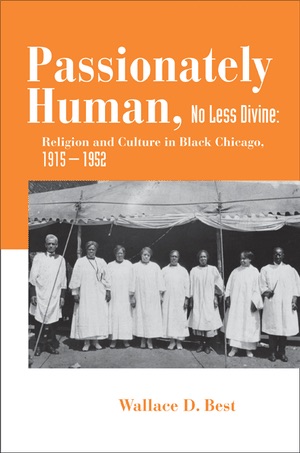 The Great Migration was the most significant event in black life since emancipation and Reconstruction. Passionately Human, No Less Divine analyzes the various ways black southerners transformed African American religion in Chicago during their Great Migration northward. A work of religious, urban, and social history, it is the first book-length analysis of the new religious practices and traditions in Chicago that were stimulated by migration and urbanization.

The book illustrates how the migration launched a new sacred order among blacks in the city that reflected aspects of both Southern black religion and modern city life. This new sacred order was also largely female as African American women constituted more than 70 percent of the membership in most black Protestant churches.