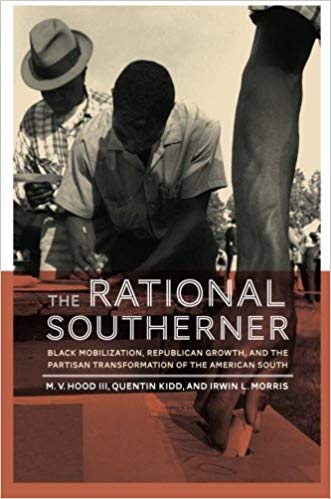 Since 1950, the South has undergone the most dramatic political transformation of any region in the country. The Solid (Democratic) South is now overwhelmingly Republican, and long-disenfranchised African Americans vote at levels comparable to those of whites. This book’s theory of relative advantage provides a new perspective on this party system transformation. Specifically, this work advances the idea that local strategic dynamics, namely the organizational development of the Republican Party and the mobilization of the black electorate, were the centerpieces of political change in the region. Written more than six decades ago, V. O. Key’s seminal work on the region highlighted the fact that the politics of the South was permeated by the issue of race. The central finding of his work is that race was, and still is, the locus of political change in the South. This conclusion stands in stark contrast to recent scholarship that points to in-migration, economic growth, or religious factors as being more pivotal agents of change. Besides the direct contribution this work makes to the study of Southern politics, it also contains implications for our understanding of party system change (including realignments), racial politics, and the role that state and local political dynamics play with regard to national politics and policymaking.