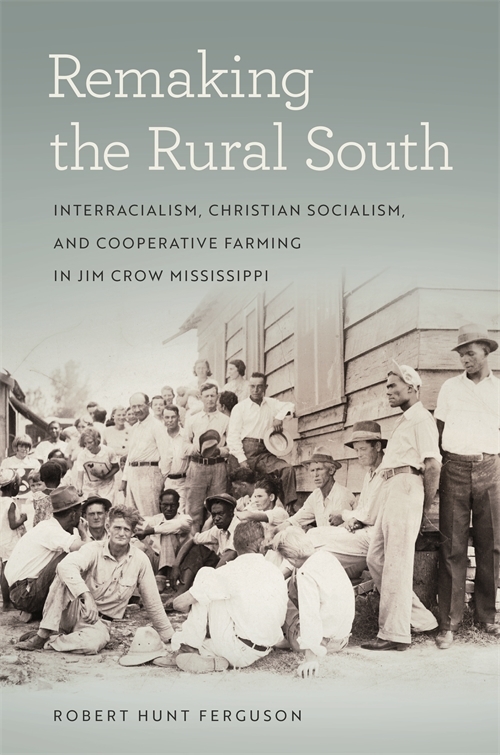 This is the first book-length study of Delta Cooperative Farm (1936-42) and its descendant, Providence Farm (1938-56). The two intentional communities drew on internationalist practices of cooperative communalism and pragmatically challenged Jim Crow segregation and plantation labor. In the winter of 1936, two dozen black and white ex-sharecropping families settled on some two thousand acres in the rural Mississippi Delta, one of the most insular and oppressive regions in the nation. Thus began a twenty-year experiment-across two communities-in interracialism, Christian socialism, cooperative farming, and civil and economic activism.

Robert Hunt Ferguson recalls the genesis of Delta and Providence: how they were modeled after cooperative farms in Japan and Soviet Russia and how they rose in reaction to the exploitation of small- scale, dispossessed farmers. Although the staff, volunteers, and residents were very much everyday people-a mix of Christian socialists, political leftists, union organizers, and sharecroppers-the farms had the backing of such leading figures as philanthropist Sherwood Eddy, who purchased the land, and educator Charles Spurgeon Johnson and theologian Reinhold Niebuhr, who served as trustees. On these farms, residents developed a cooperative economy, operated a desegregated health clinic, held interracial church services and labor union meetings, and managed a credit union. Ferguson tells how a variety of factors related to World War II forced the closing of Delta, while Providence finally succumbed to economic boycotts and outside threats from white racists.

Remaking the Rural South shows how a small group of committed people challenged hegemonic social and economic structures by going about their daily routines. Far from living in a closed society, activists at Delta and Providence engaged in a local movement with national and international roots and consequences.