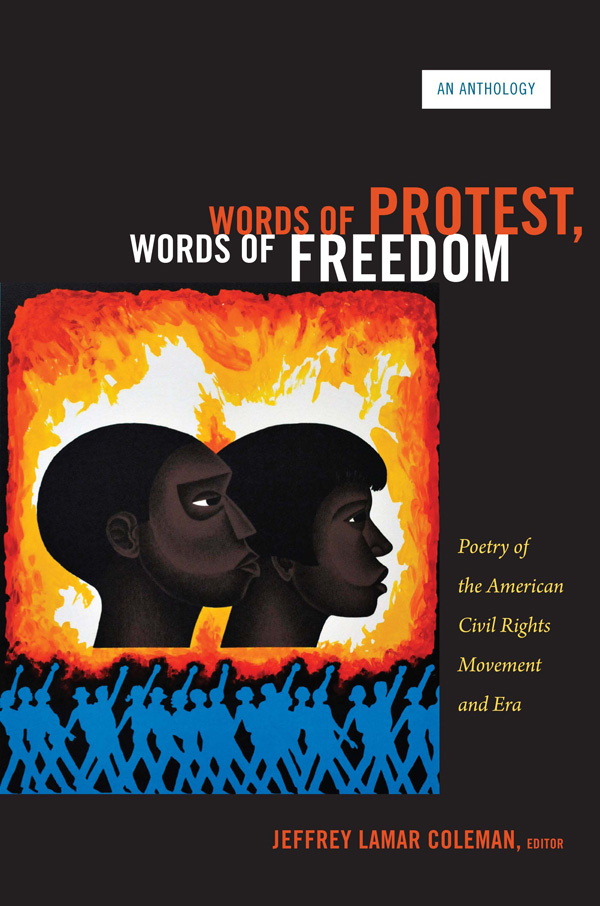 Poetry is an ideal artistic medium for expressing the fear, sorrow, and triumph of revolutionary times. Words of Protest, Words of Freedom is the first comprehensive collection of poems written during and in response to the American civil rights struggle of 1955–75. Featuring some of the most celebrated writers of the twentieth century—including Maya Angelou, Amiri Baraka, Gwendolyn Brooks, Allen Ginsberg, Robert Lowell, and Derek Walcott—alongside lesser-known poets, activists, and ordinary citizens, this anthology presents a varied and vibrant set of voices, highlighting the tremendous symbolic reach of the civil rights movement within and beyond the United States.

Some of the poems address crucial movement-related events—such as the integration of the Little Rock schools, the murders of Emmett Till and Medgar Evers, the emergence of the Black Panther party, and the race riots of the late 1960s—and key figures, including Martin Luther King Jr., Malcolm X, and John and Robert Kennedy. Other poems speak more broadly to the social and political climate of the times. Along with Jeffrey Lamar Coleman’s headnotes, the poems recall the heartbreaking and jubilant moments of a tumultuous era. Altogether, more than 150 poems by approximately 100 poets showcase the breadth of the genre of civil rights poetry.