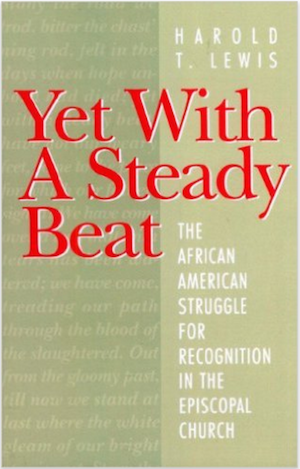 The Episcopal Church was the first in the American colonies to baptize blacks, to ordain a black minister and to establish an African American congregation. Yet membership by blacks in the Episcopal Church has always been viewed as an anomaly. In a nation in which 80 percent of the black Christian population belong to black denominations, it has seemed incongruous to many that the descendants of slaves and the descendants of slaveholders could together find a spiritual home in the Episcopal Church. Moreover, the mode of religious expression of Anglicanism has been seen as incompatible with the black religious ethos. Attempts to explain this phenomenon frequently dismiss black Episcopalians as social climbers, and their authenticity as African Americans, and even as Christians, is called into question. Yet With a Steady Beat, however, argues that blacks have remained in the Episcopal Church because they have recognized it as catholic and therefore inclusive institution. For two hundred years blacks have challenged the church to be true to its catholic claims and have used this principle as a basis for their demands for recognition. This book chronicles the “steady beat” of that challenge. Harold T. Lewis, former staff officer for Black Ministries at the Episcopal Church Center in New York, is a parish priest in the Diocese of Long Island, Professor of Homiletics at the George Mercer School of Theology, and Adjunct Professor of Preaching at New York Theological Seminary.