Amy Laura Hall is an associate professor of Christian ethics at the Divinity School at Duke University. Her current book projects are Erecting the Pulpit: Muscular Christianity from Victoria to Viagra and The Bloody Truth: Seeing with Julian of Norwich. Follow Amy Laura on Twitter @ProfligateGrace.

Conceiving Parenthood: American Protestantism and the Spirit of Reproduction Kierkegaard and the Treachery of Love 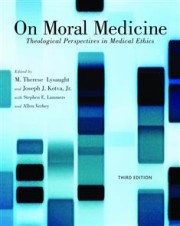 Contributor to: The Oxford Handbook of the Trinity
Edited by Gilles Emery, O.P. and Matthew Levering 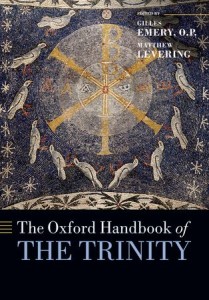 “The Single Individual in Ordinary Time: Theological Engagements in Sociobiology” in Studies in Christian Ethics, February 2013, vol. 26 , no. 1.

“The Single Individual in Ordinary Time: Theological Engagements with Sociobiology” in Studies in Christian Ethics, with Kara Slade, February 2013, vol. 26, no. 1.

Hall also writes a feature for The Durham Herald-Sun on the first Sunday of every month. To read her article entitled “On leggings and leadership” click here.

Hall is an ordained elder in the United Methodist Church, and is a member of the Southwest Texas Annual Conference. She has served both urban and suburban parishes.

Amy Laura Hall was named a Henry Luce III Fellow in Theology for 2004-2005 and has received funding from the Lilly Endowment, the Josiah Charles Trent Memorial Foundation, the American Theological Library Association, the Child in Religion and Ethics Project, the Pew Foundation and, most recently, the Project on Lived Theology.

At Duke University, Hall has served on the Steering Committee of the Genome Ethics, Law, and Policy Center and as a faculty member for the FOCUS program of the Institute on Genome Sciences and Policy. She has served on the Duke Medical Center’s institutional review board and as an ethics consultant to the V.A. Center in Durham. She served as a faculty adviser under Leela Prasad with the Duke Center for Civic Engagement and currently serves on the academic council, on the faculty board for graduate liberal studies and as a faculty advisor for the NCCU-Duke program in African, African American and diaspora studies.

Hall served on the bioethics task force of the United Methodist Church and has spoken to academic and ecclesial groups across the U.S. and Europe. An ordained elder in the United Methodist Church, she is a member of the Rio Texas Annual Conference and has served both urban and suburban parishes. Her service with the community includes an initiative called Labor Sabbath, an effort with the AFL-CIO of North Carolina to encourage congregations of faith to talk about the usefulness of labor unions. Hall also writes a monthly column for the Durham Herald-Sun.

Hall is the author of Kierkegaard and the Treachery of Love, Conceiving Parenthood: The Protestant Spirit of Biotechnological Reproduction, and numerous scholarly articles in theological and biomedical ethics. Her most recent articles are “The Single Individual in Ordinary Time: Theological Engagements in Sociobiology,” which was a keynote lecture given with Kara Slade at the Society for the Study of Christian Ethics in 2012, and “Torture and American Television,” which appeared in the April 2013 issue of Muslim World, a volume that Hall guest-edited with Daniel Arnold. Her essay “Love in Everything: A Brief Primer to Julian of Norwich” appeared in volume 32 of The Princeton Seminary Bulletin,  and her completed essay “His Eye Is on the Sparrow: Collectivism and Human Significance” will appear in a volume entitled Why People Matter with Baker Publishing (forthcoming, 2016).

She has completed a manuscript on Julian of Norwich (forthcoming) and a collection of political essays (forthcoming). She continues work on a longer research project on masculinity and gender anxiety in mainstream, white evangelicalism.

What is your favorite book (or two or few)?
I love the Amelia P. Emerson mystery series by Elizabeth Peters.

What is your favorite book to require for classes you teach?
I love teaching Susan Faludi’s tome Stiffed: The Betrayal of the American Man. I love teaching Kierkegaard’s Stages on Life’s Way. The two go together well, actually… I also genuinely love teaching Emilie Townes’s Womanist Ethics and the Cultural Production of Evil alongside Toni Morrison’s Beloved and The Bluest Eye, but these three books are harder to teach than Kierkegaard. It is so much easier to bring students into Kierkegaard’s interrogation of Danish Christianity and culture than to persuade them to reckon with slavery and racism. I sometimes get weary of teaching about racism, then give up for a year or so and teach about something easier, like torture.

What are some of your favorite classes to teach? Why?
I enjoy teaching courses on gender and sexuality, using literature and film alongside books labeled as “theology” or “ethics.” Some of my favorite films on North American masculinity include High Noon, Down by Law, and School of Rock. When teaching on war, I always use The Fog of War.

Who are the authors you most admire?
I love Marilynne Robinson, because she is patient. Many talking academic theological heads really missed a key point of her novel Gilead, and she waited, patiently, for them to begin to reckon with her follow-up novel, Home. And, still, many talking academic theological heads didn’t reckon. Perhaps it was, well… too close to home. So, she moved on to her next project. Stanley Hauerwas bugged me until I finally read Housekeeping. It is scary. Robinson has a charism that is rare for a white, Protestant woman. She enters into the tangle of inscrutable evil and human frailty and does not flinch. I have not seen that movie Winter’s Bone, but I think maybe Robinson has a charism similar to the courage given the heroine of that movie.

Share a writing quirk.
I am a social bee in an introvert’s job. I write best when in active conversation with genuine people who disagree with me or whose intellectual passions are contrary to my own. (The absolute worst is researching liars, because there is no point arguing with a real faker.) I do also need to alternate between focused, close reading and synthetic research. While thinking through variations on muscular Christianity, for example, I am also editing a book on Julian of Norwich.