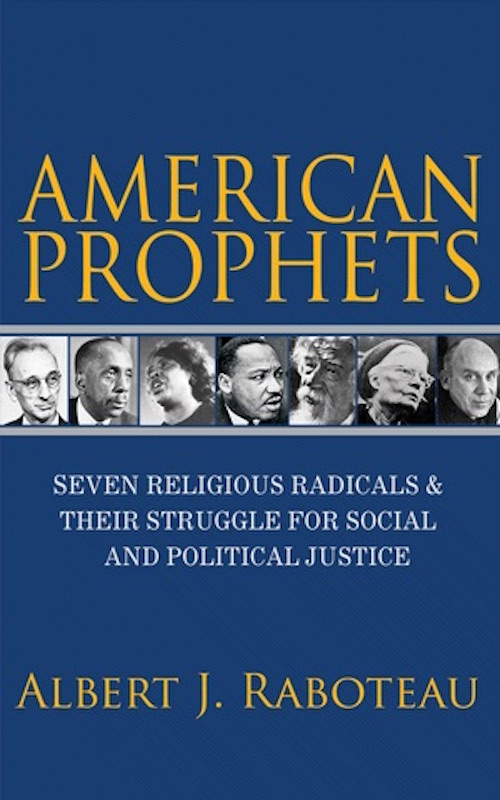 American Prophets sheds critical new light on the lives and thought of seven major prophetic figures in twentieth-century America whose social activism was motivated by a deeply felt compassion for those suffering injustice.

In this compelling and provocative book, acclaimed religious scholar Albert Raboteau tells the remarkable stories of Abraham Joshua Heschel, A.J. Muste, Dorothy Day, Howard Thurman, Thomas Merton, Martin Luther King Jr., and Fannie Lou Hamer—inspired individuals who succeeded in conveying their vision to the broader public through writing, speaking, demonstrating, and organizing. Raboteau traces how their paths crossed and their lives intertwined, creating a network of committed activists who significantly changed the attitudes of several generations of Americans about contentious political issues such as war, racism, and poverty. Raboteau examines the influences that shaped their ideas and the surprising connections that linked them together. He discusses their theological and ethical positions, and describes the rhetorical and strategic methods these exemplars of modern prophecy used to persuade their fellow citizens to share their commitment to social change.

A momentous scholarly achievement as well as a moving testimony to the human spirit, American Prophets represents a major contribution to the history of religion in American politics. This book is essential reading for anyone who is concerned about social justice, or who wants to know what prophetic thought and action can mean in today’s world.