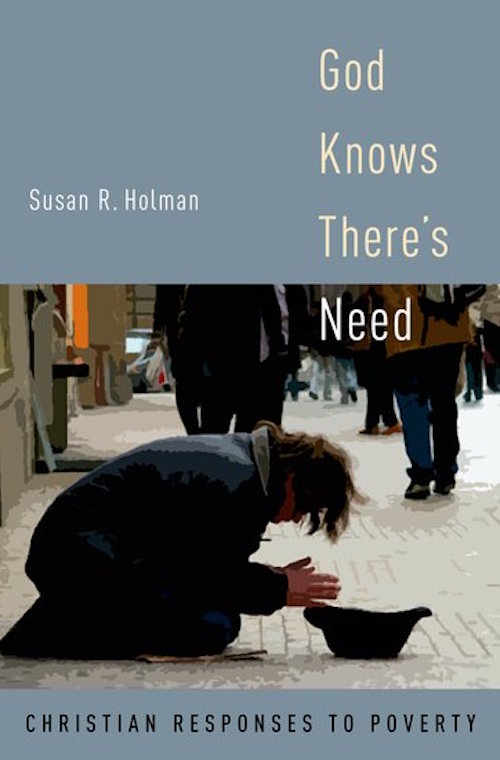 The subject of poverty is rich in meanings and associations, among them hunger, stench, disease, disfigurement, shame, revulsion, and loss. It is a topic that has preoccupied the mind and hearts of the faithful since the inception of Christianity.

In this insightful volume, Susan R. Holman blends personal memoir and scholarly research into ancient writings to illuminate the age-old issues of need, poverty, and social justice in the history of the Christian tradition. Holman weaves together stories from late antiquity with three conceptual paradigms that can bridge the gap between historical story and modern action: sensing need, sharing the world, and embodying sacred kingdom. In the first four chapters, the author explores how personal need influences the way that we look at the world and the needs of others. Beginning with the story of her own encounters with need and her discovery of the world of early Christian texts on poverty and religious response, the author re-tells these historical narratives in new ways, and traces their influence on post-Reformation history. The second half of the book uses a complex amalgam of images and stories to consider several recurrent themes in any religious responses to poverty and need: poverty and gender, the dilemma of justice in material distribution, ascetic models of social activism and contemplation, the language of human rights and the “common good,” challenges of hospitality, and the role of liturgy in constructing a vision for restorative righteousness.

Tying these historical texts to modern responses to need, Holman begins with her own encounters with need and describes her discovery of the existence of never-before-translated early Christian texts on responses to poverty, hunger, and disease. Holman’s embrace of the historical perspective will prove useful in interdenominational and ecumenical dialogue on religious responses to social welfare needs. Through their sensitive exploration of nuances and tensions, these essays invite reflection, conversation, and response for scholars and students as well as concerned laypeople across a range of Christian faith communities.