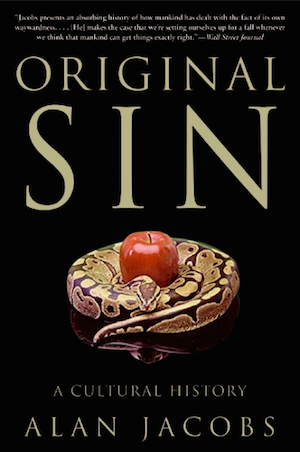 Essayist and biographer Alan Jacobs introduces us to the world of original sin, which he describes as not only a profound idea but a necessary one. As G.K. Chesterton explains, “Only with original sin can we at once pity the beggar and distrust the king.”

Do we arrive in this world predisposed to evil? St. Augustine passionately argued that we do; his opponents thought the notion was an insult to a good God. Ever since Augustine, the church has taught the doctrine of original sin, which is the idea that we are not born innocent, but as babes we are corrupt, guilty, and worthy of condemnation. Thus started a debate that has raged for centuries and done much to shape Western civilization.

Perhaps no Christian doctrine is more controversial; perhaps none is more consequential. Blaise Pascal claimed that “but for this mystery, the most incomprehensible of all, we remain incomprehensible to ourselves.” Chesterton affirmed it as the only provable Christian doctrine. Modern scholars assail the idea as baleful and pernicious. But whether or not we believe in original sin, the idea has shaped our most fundamental institutions—our political structures, how we teach and raise our young, and, perhaps most pervasively of all, how we understand ourselves. In Original Sin, Alan Jacobs takes readers on a sweeping tour of the idea of original sin, its origins, its history, and its proponents and opponents. And he leaves us better prepared to answer one of the most important questions of all: Are we really, all of us, bad to the bone?