“Better an honest bewilderment than a perfect theory” – Oliver O’Donovan 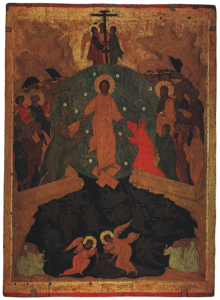 I paused for a second… Is that me?

I was the only young, white female standing outside of the YWAM building at that moment…so I guessed that yes, I was indeed “YWAM lady.” I turned and looked in the direction of the voice. It was coming from a man in a wheelchair on the opposite side of the street. I recognized him as the man who had said “Good morning” to me a few times this week. As friendly as that sounds on paper, there was actually something quite forceful about his tone. It reminded me of an easily offended person saying, “Excuse you!” when someone bumps into them on the street. I wasn’t sure what I had done to offend, but I figured I was simply misinterpreting his tone and thus attempted to respond cheerfully each time.

“ME?” I yelled back over the traffic.

I did. So I crossed the street and we introduced ourselves. I’ll call him G here. G is a middle-aged black man with graying hair and a perpetual look of skepticism, a look which made his reason for calling me over entirely surprising.

“You know, you are just so graceful. You have the most graceful demeanor…That’s all I wanted to say.”

I did not see that one coming.

I thanked him. After that, he launched into questions about where I was from, what I was doing there, what I wanted to do in life, and so forth. It was clear that he has “been around the block” when it comes to YWAM people. He had seen many young people like myself come from all over the country to do their “missionary thing,” as he called it. He wanted to know what I actually hoped to accomplish in just two and a half months in his neighborhood.

It was a fair question. In fact, it is exactly the sort of question that plagues Global Development Studies (GDS) majors like myself. In the GDS program we expend lots of energy critiquing development projects that claim to be accomplishable in such short windows of time. However, I’m not claiming to “finish” anything this summer. I’m simply trying to come alongside the long-term BJM staff and assist them with whatever they need while hopefully learning as much from them, and the women they serve, as I can. I explained that to him and it seemed to earn his approval…for now.

“Rachel…let me ask you a question…Do you consider yourself a Christian?”

Whoops, I thought. Wrong answer. He looked disappointed, like I had been building something nice for myself and then decided to knock it down like a temperamental toddler demolishing her own Lego creation.

Over the next few minutes he proceeded to elucidate his concerns. After being a Christian for years, he no longer identifies as such. He is deeply frustrated with the arbitrary, exclusive God who condemns the entire non-Christian world to hell, and the Christians who claim to hold the keys to heaven. He can’t believe in a Jesus who would say, “I am the way, the truth, and the life. No one comes to the Father except through me,” at the expense of those who faithfully serve other gods, as their culture dictates (John 14:6, NIV). He can’t respond to a faith that requires ultra-specific intellectual assent to a particular set of doctrines, including the identity of Jesus Christ as fully-God and fully-man, and the complex notion of atonement to which he is the central figure, but appears to only sometimes care about love and justice.

“Will the real God please stand up?!” he exclaimed.

Just when I was beginning to identify with this man and the thoughts that plague him, I was reminded that we lead vastly disparate lives. He dropped a paper bag from his chair and a large butcher knife slid out onto the ground. I picked it up for him and he muttered about needing it to fix something. I thought, Ya know, I too would keep a butcher knife on my person if I slept on the streets every night.

When he finished his critique, I asked if I could say something. He had already begun to roll away but he paused and said, “As long as you do not try to tell me that you’re right. And DO NOT try to pray for me!”

I promised that I had no intentions of praying for him (at least in that moment), and that I thought my response might surprise him. I opened with a pseudo-quote from the Dalai Lama (heard secondhand from a friend who heard it from a friend) in which he urges people who are not already Hindu not to become Hindus, but to follow the path of their own tradition. Although my citation here is clearly dubious, I think the idea still stands. It is remarkable to hear a religious leader affirm people in their choice of another religion.

“I think there’s a reason we’re having this conversation,” I told him, “because I think about all these things more days than not.”

In fact, I am so interested in this topic that I am writing a thesis on Christian universalism in my final year at U.Va. I told him that I by no means have any answers, but that I am trying to understand how it is possible to be a Christian in the most inclusive way possible, in a way that values other religious and cultural perspectives. I divulged to him that I think it is possible to know Christ by another name.

This topic does not have anything to do with my readings this week on the Theology of the Body, and G is not one of the women or girls that BJM works with. For these reasons, this story might seem like an odd choice to share on the intern blog. However, I’m sharing it because as I walked away from this conversation I said, aloud, to myself, “God is so freaking real.”

God has not felt as real to me as He did in that moment in a very long time. In the midst of all the sermons I’ve sat through, all the books I’ve read, and all the prayer sessions I’ve attended lately, God chose to grab my attention right there on the street, in the midst of a conversation with a stranger I never would have suspected to have so much in common with. Is this not what it means to live theologically?

I don’t take it for granted that just two nights prior to this conversation, I prayed with Melina (fellow intern and wonderful friend) for increased grace in my life, only to be stopped on the street and told that I am graceful. I also don’t take it for granted that out of all the YWAM people that G could have spoken with about his concerns, that morning he spoke to me, and I gave him quite a different response than he was expecting.

“Girl, I got good vibes about you!”

I grinned. “I’ve got good vibes about you too!”

We decided that we would both become the other’s spiritual advisor for the summer and agreed to speak again soon. I loved that he surprised me in the beginning of our conversation and, in the end, I was able to surprise him too. I made no assurances to G. I told him that I was not speaking on behalf of YWAM or BJM or any other organization, but that I was speaking entirely from my own heart. I did not promise him that it is theologically responsible to believe that everyone “goes to heaven” or that only a select group does. I simply promised G that I would not tell him what to think and that opinions that come from beyond the evangelical mainstream are valuable.

This, to me, is the closest I’ve ever gotten to lived theology. Here the concepts of salvation, atonement, and grace were not abstract theories but lived realities that affect G in his daily life. They cause him turmoil and strife, just like they do me, because they have the power to affect the way we live here on earth, as well as where we think we’ll be living out our eternity.

A few years ago I would have heard questions like these and been prepared to respond with the answers that G absolutely did not want to hear. I would have thought these were typical questions to which the Bible, thankfully, offers the answers. Now, I realize that these questions are common not because they are simple, but because they are meaningful and often deeply painful. They deserve extended theological reflection, not pat answers. Theologians, clergy, and laity alike have been thinking intensely about these topics for centuries. In the coming years, I hope to join in and give these questions the time that they deserve.

Something tells me that G might beat me to it.

*YWAM, or Youth with a Mission, is the parent ministry of the group that I work for, which is called Because Justice Matters (BJM).