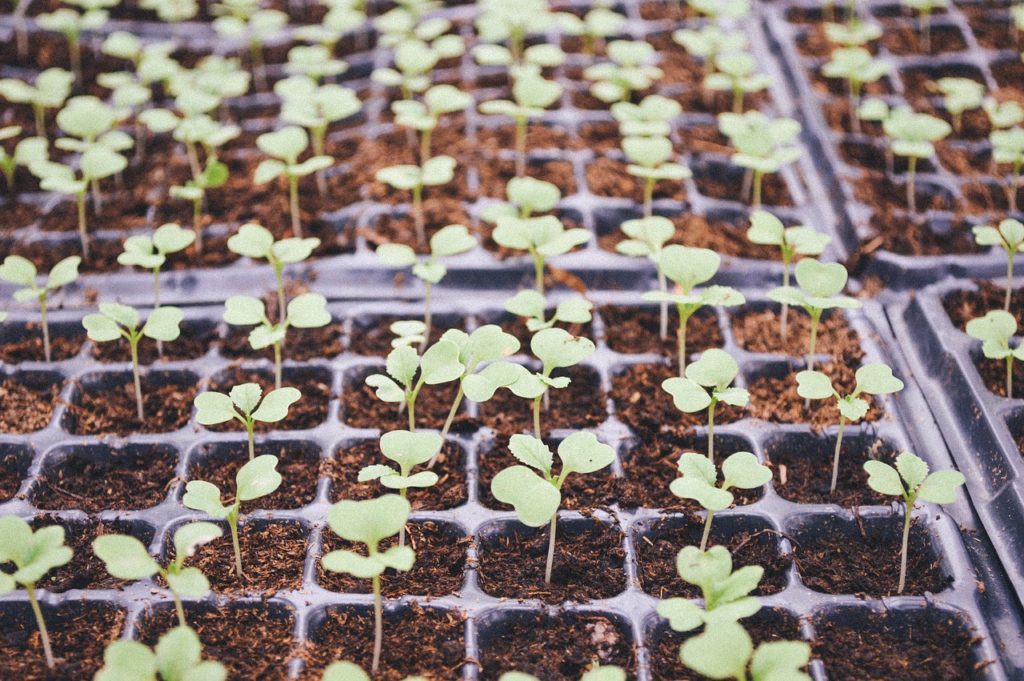 The 2018 Summer Interns in Lived Theology will give their final presentations on Wednesday, October 3rd at Common Grounds, located at Rugby Rd. and Gordon Ave. in Charlottesville. The presentations will begin at 7 pm. The public is invited, and admission is free.

Jon (Col ’19) is majoring in government. As a summer intern, Jon worked at the Center for Public Theology at Wesley Theological Seminary, which helps people navigate the connection between faith and public policy. Jon is interested in studying public theology, and the interplay between theology and politics in our current environment.

Isabella (Col ’19) is majoring in religious studies in addition to social ethics and community development. This summer, Isabella worked with The Abundant Table, an organic farm and faith-based nonprofit which seeks to create sustainable relationships to the land and local community in Ventura County in Southern California. Isabella is interested in theology and how it relates to, and can create, community. 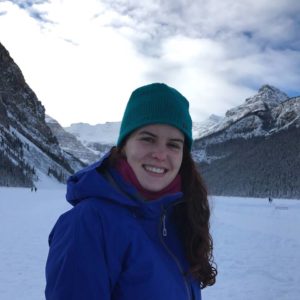 Kate (Col ’19) is majoring in religious studies. She worked at The Haven this summer, which provides resources for homeless or financially struggling people in the city of Charlottesville.

The Summer Internship in Lived Theology is an immersion program designed to complement the numerous existing urban and rural service immersion programs flourishing nationally and globally by offering a unique opportunity to think and write theologically about service. For more information on this initiative, please click here. 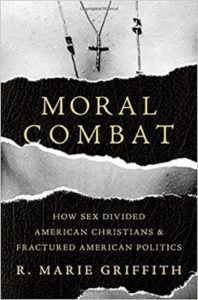 In Moral Combat, historian R. Marie Griffith studies the history of the views that many American Christians have on divisive political issues such as Gay marriage, transgender rights, and birth control–sex. Griffith argues that these modern disagreements were started in the 1920s, when liberal Protestants sparred with fundamentalists and Catholics over questions of obscenity, sex education, and abortion. People on both sides of the debate turned to politics to pursue their moral vision for the nation, creating factions we can still see at work today. In this book, Griffith shows how the Christian consensus on sex unraveled, and how this unraveling has made our political battles over sex so ferocious and so intractable.

“The story Griffith tells is crucial…. Her contribution is part of a much-needed sex education, and like all good teachers she presents it vividly.”—Linda Gordon, New Republic

“For those of us wondering how the United States got to be the way it is today–religiously, sexually, and politically–Moral Combat is essential reading. R. Marie Griffith, a distinguished historian of American religion, shows that the fierce and bitter contests among Christians in the twentieth century over good religion vs. bad religion, good sex vs. bad sex, have been and remain at the core of the most explosive issues of American public life. Women’s health, African American civil rights, marriage, the cruel fantasy of white supremacy, workplace behavior, the public reputation of science, and more–God and sex are implicated in all of them. The United States is not a God-obsessed nation, as some would have it; it is a God-and-sex-obsessed nation. And the stakes are high: at the heart of this brilliant work of religious and political history is the question of the future of American democracy itself.”—Robert A. Orsi, author of History and Presence

“Thoughtful study of the great schism between religious conservatives and progressives about women’s control over their own bodies.”—Kirkus Reviews

Can I Get a Witness? Explorations in an Amen 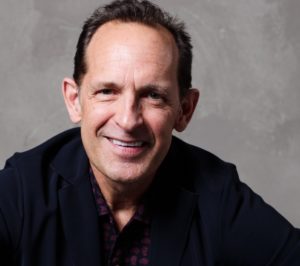 On September 26 and 27 Charles Marsh will deliver three lectures at the School of Theology at Sewanee University as the 2018 DuBose Lecturer.

Find more event information on Sewanee University’s website here. For a full listing of our spring speaking engagements with Charles Marsh and others, visit our events calendar here. 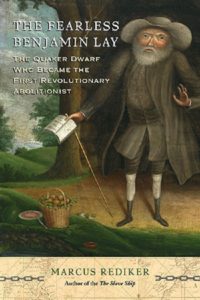 The Quaker Dwarf Who Became the First Revolutionary Abolitionist

In this new biography, historian Marcus Rediker, author of Many-Headed Hydra and Slave Ship, documents one of the most idiosyncratic figures in eighteenth-century America, abolitionist Benjamin Lay. Lay was a Quaker dwarf who lived in a cave-like home and was known for his dramatic protests against slavery, once kidnapping the child of a slaveholder to demonstrate the evil of separating families. Lay’s zealous witness against slavery put him into conflict with wealthy slaveholders and many of his fellow Quakers, but it also won him the respect of allies like Benjamin Franklin. Rediker demonstrates how Lay’s Christianity and Quakerism informed his radicalism and inspired a later generation of abolitionists.

“A modern biography of the radical abolitionist Benjamin Lay has long been overdue. With the sure hand of an eminent historian of the disfranchised, Marcus Rediker has brought to life the wide-ranging activism of this extraordinary Quaker, vegetarian dwarf in a richly crafted book. In fully recovering Lay’s revolutionary abolitionist vision, Rediker reveals its ongoing significance for our world.”—Manisha Sinha, author of The Slave’s Cause: A History of Abolition

“Lay, a lover of books, would have appreciated this one, less for the praise lavished on him than the attention given his message. As Mr. Rediker says, ‘Benjamin’s prophecy speaks to our time.”—The Pittsburgh Post–Gazette

“The unswerving eighteenth-century abolitionist Benjamin Lay, maligned when not ignored for many generations, has at last found his sympathetic biographer. In this captivating, must-read book, Marcus Rediker shows that Lay’s disfigured body contained a mind of steel and a heart overflowing with compassion for victims of the Atlantic slave trade. Lay’s place in the annals of American reform is now secure. If you’re ready to have your mind changed about received wisdom on the eccentric, lonely early abolitionist who blazed the way for later antislavery stalwarts, read this brilliantly researched and passionately written book.”—Gary Nash, author of Warner Mifflin, Unflinching Quaker Abolitionist 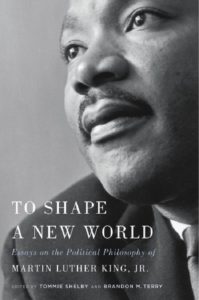 Essays on the Political Philosophy of Martin Luther King, Jr.

Published to coincide with the fiftieth anniversary of Martin Luther King, Jr.’s assassination, this new collection offers a reappraisal of King’s political thought and legacy. Of particular contemporary relevance is the consideration of King’s views on nonviolence and the strategies that made it an effective force for social change. With contributions from a number of distinguished scholars including Cornell West, Martha Nussbaum, Danielle Allen, Laurie Balfour, and many others, the book makes a strong argument for the originality of King’s political vision.

“[A] robust and wide-ranging collection… The book as a whole displays the pliability and dynamism of King’s thought, applying it to circumstances both recent (Barack Obama’s presidency) and far in the past (the practice of slavery in 18th- and 19th-century America). Throughout, King’s voice is placed within a community of philosophers… As the nation approaches the 50th anniversary of King’s assassination, this work demonstrates, for anyone who needs convincing, the continued and vital importance of his thinking.”—Publisher’s Weekly

“King’s theology, philosophy, and nonviolent prophetic engagement are needed now more than any time since his death. In his last speech, Dr. King said that when it comes to the struggle for love and justice, ‘nothing would be more tragic than for us to turn back now.’ We must embrace his challenge in this moment and commit to go forward together, not one step back.”—Rev Dr. William Jay Barber II

“To Shape a New World is a milestone in the study of Martin Luther King, Jr., essentially a sanctified figure in American life, whose actual ideas are rarely interrogated in any depth, either in the public realm or in academic circles. What makes this volume particularly striking is the exceptionally high quality of the essays, which are analytically rigorous, impressively researched, and often profoundly original. They highlight the limits of common narratives about King and the civil rights movement, showing the shifts in his own thinking and the unconventional nature of many of his arguments. This is a path-breaking book.”—Aziz Rana, Cornell University