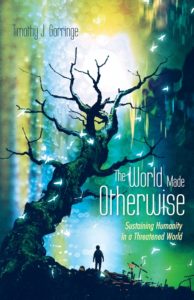 Sustaining Humanity in a Threatened World

In The World Made Otherwise, acclaimed author Timothy Gorringe tackles the topic of climate change, which many natural scientists believe will bring civilizational collapse. Gorringe argues that behind this threat is a commitment to false values, embodied in our political, economic, and farming systems. He points out that millions of people the world over—perhaps the majority—are committed to alternative values and practices. In this book, Gorringe explores how these values, already foreshadowed in people’s movements all over the world, can produce different political and economic realities which can underwrite a safe and prosperous future for all.

“Over the last several decades, Timothy Gorringe has established himself as an indispensable theological guide in matters relating to culture and the built and natural environments. In The World Made Otherwise, he shows how theological insights can help us address what is likely the most pressing, planetary issue of our time—creating societies, economies, and infrastructures that will be livable and just and, dare we hope, even beautiful.”—Norman Wirzba, Duke Divinity School

“In this deeply researched and finely crafted volume Tim Gorringe presents the ecological crisis above all as a moral crisis. Gorringe develops an insightful ecological reading of the modern revival of virtue ethics, and an investigation of its implications for the core practices of human life—including building, economics, food growing and politics . . . This is interdisciplinary moral theology of a high order, reflecting the prophetic insight and wisdom of one of Britain’s finest theologians who is also a vegetable gardener, beekeeper, and shepherd.”—Michael Northcott, University of Heidelberg, Seminar of Practical Theology

Timothy Gorringe is St. Luke’s Professor of Theological Studies at the University of Exeter, where his academic interests focus on the interrelation between theology, social science, art and politics. 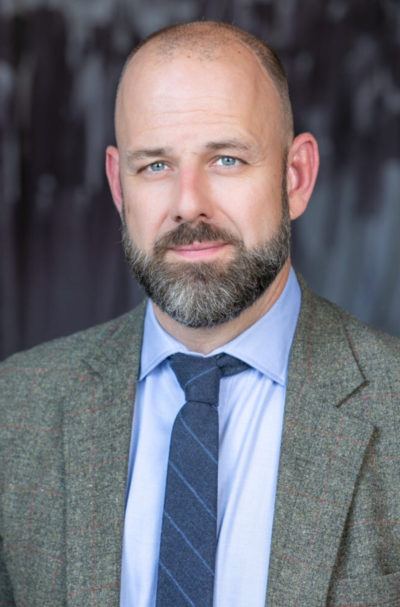 Detailing the vision of civil rights leader Martin Luther King, Jr., Thompson reflects on King’s work in Memphis with the Sanitation Workers’ Strike. King believed the rich, poor, white, black, gentile, Protestant, and Catholic needed to be united in collaboration. When all people are unified, beloved community will truly exist. King anchored his movement in love and he was inspired by the movement in Memphis. Thompson traces the history of civil rights in Memphis to the city’s continuing evolution today. This includes the restoration of Clayborn Temple and the surrounding community. 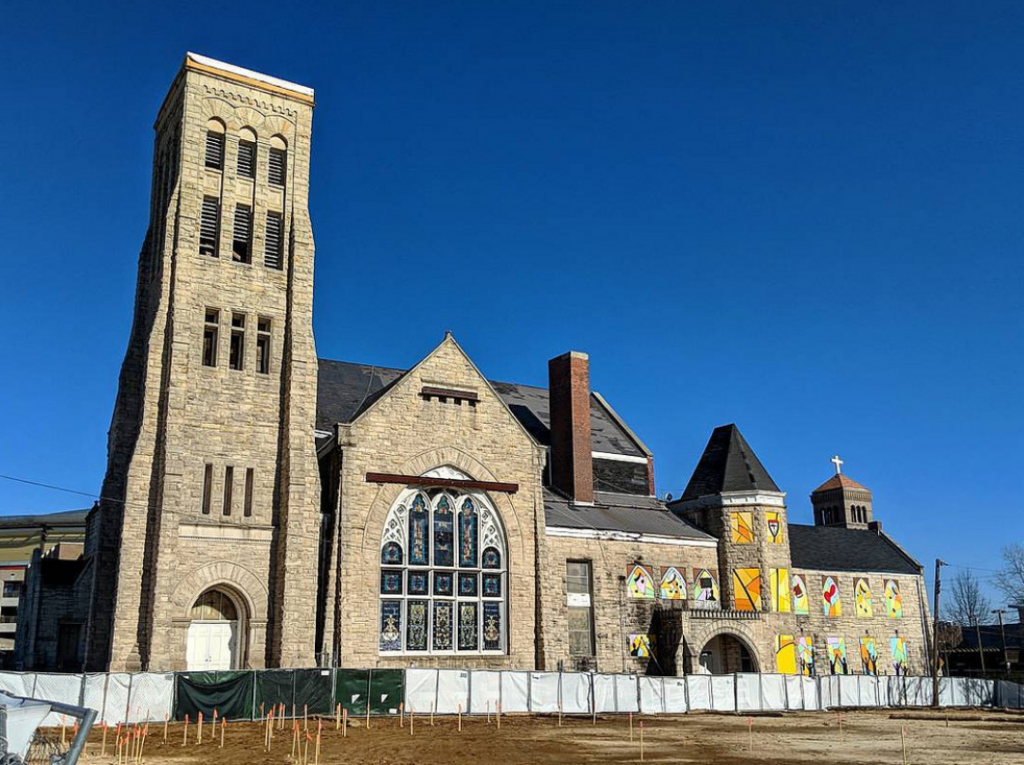 Excerpt: “It was love that propelled him forward, and love that held him back from places that other people would go. And lots of people thought King’s insistence on love was naive. And it’s hard to blame them. Faced with hate, love can seem impossible. Faced with violence, love can seem irresponsible and immoral. And so, lots of people tried to root the Civil Rights Movement in an ethic not of Christian love, but of a generalized democratic vision of equity. In his commitment to nonviolence, King believed that nonviolent direct action was the highest expression of civic love.”

Listen to the entire lecture through its resource page here.

Greg Thompson serves as Director for Research and Creative Strategy for Clayborn Temple, a historic civil rights site in Memphis, Tennessee. In this capacity he is responsible for the creative storytelling at the heart of Clayborn’s programming and the creative strategy at the heart of Clayborn’s art-based community redevelopment. He is also the co-writer of a new musical production called “Union: A Musical” that tells the story of the Memphis Sanitation Worker’s strike of 1968, Martin Luther King Junior’s last campaign. He holds an MA and PhD from the University of Virginia. 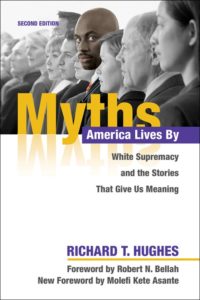 White Supremacy and the Stories That Give Us Meaning

In this revised second edition of Myths America Lives By, Richard T. Hughes delves anew into the thought of black critics dissatisfied with America’s betrayal of its foundational beliefs. Hughes posits that six myths lie at the heart of the American experience. Taken as aspirational, four of those myths remind us of our noblest ideals, challenging us to realize our nation’s promise while galvanizing the sense of hope and unity we need to reach our goals. But when these myths are misused, they allow for illusions of innocence that fly in the face of white supremacy, the primal American myth that stands at the heart of all the others.

Speaking for people often marginalized in American life, prominent thinkers such as  Malcolm X, Ta-Nehisi Coates, and Martin Luther King Jr. offer important perspectives on African American experiences, the pervasiveness of white supremacy, and the ways America can embrace, and deliver on, its egalitarian promise.

“Richard Hughes’ Myths America Lives By was already required reading when it was released back in the pre-Trump era. With this update of his lacerating critique of the sordidness of American civil religion and other destructive myths, Hughes now indicts white supremacy as the foundational myth providing the most accelerant to those other myths that have burned through our history. Richard Hughes thinks hard and listens even harder to the historians, the scholars and, most of all, the prophets who understood the malignancy of white supremacy long before he did. The result is Myths America Lives By: White Supremacy and the Stories that Gives Us Meaning. Once again, Hughes’ willingness to tell the truth about the myths we live by has put us all in his debt.”—Tony Norman, columnist, Pittsburgh Post-Gazette

“Myths America Lives By is prophetic–not merely in the predictive sense, so evident in the first edition, but in the far more consequential sense of prophecy as calling us to repentance and to our better selves. This is a very fine book, offering both a searing critique and a summons to embrace our common humanity.”—Randall Balmer, author of Redeemer: The Life of Jimmy Carter 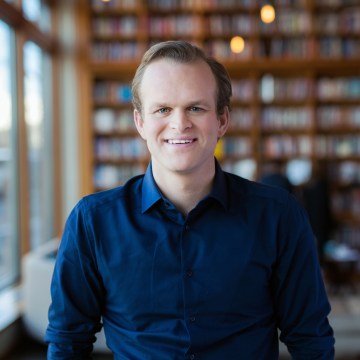 On November 1-2, 2018, PLT graduate research student Tim Shriver attended his first CCDA National Conference in Chicago, Illinois. The conference encourages participants to “gain a fresh perspective on how to encourage wholistic restoration in our communities.” The 2018 conference theme was ROOTED. The conference is a place for Christians to meet to discuss their faith and commitment to community. The CCDA movement started in Chicago 30 years ago, and is rooted in establishing relationship and reconciliation.

Shriver writes a reflection paper on his experience at the CCDA conference. Shriver has worked extensively in the Catholic social justice movement, but he was unfamiliar with the evangelical community. His paper details the kinship he found, as well as the unfamiliarity of the whole ecosystem. Read his paper here. 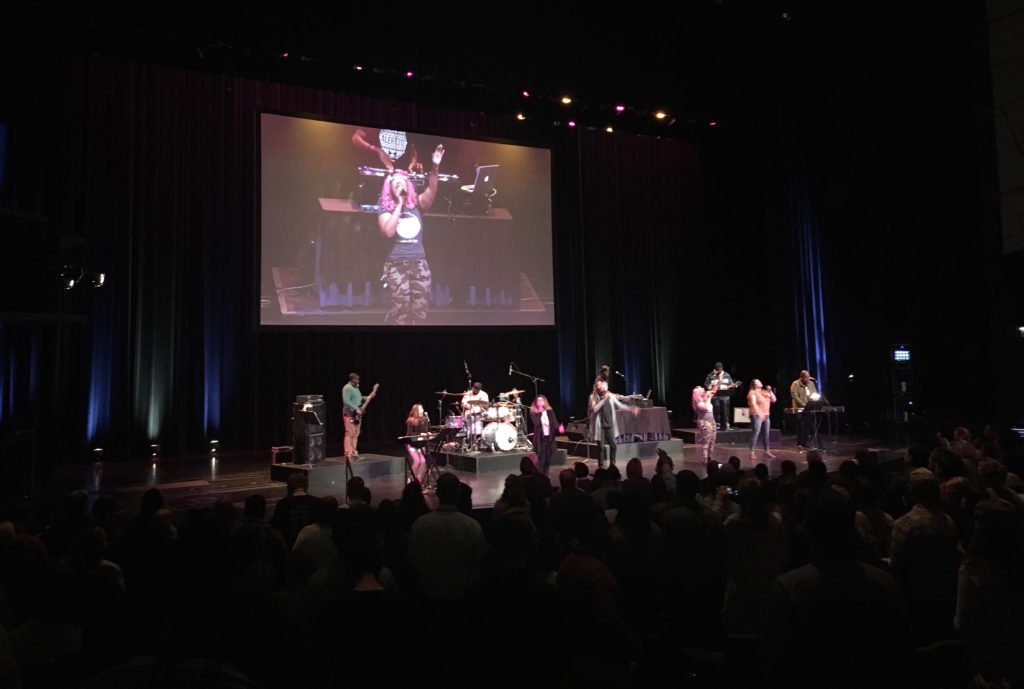 Excerpt: “The importance of deep rootedness—in place, scripture, memory, community and God—echoed through our two days together. The theme played most powerfully for me in the back-to-back talks of Dr. Ray Bakke and Pastor Enid Almanzar. Dr. Bakke called on the crowd to remember the various taproots of faith from Luther, John Edwards, and John Wesley but also from the Catholic, Orthodox and various Coptic Christian churches of early Christianity. These interwoven tap roots, often forgotten, shape the church today.” 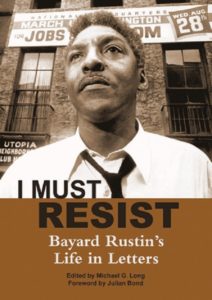 I Must Resist is a collection of letters written by Rustin himself, giving a glimpse into the mind of one of the most important civil rights organizers of the era. Rustin, a master strategist and tireless activist, is best remembered as the organizer of the 1963 March on Washington, one of the largest nonviolent protests ever held in the United States. He brought Gandhi’s protest techniques to the American civil rights movement and played a deeply influential role in the life of Martin Luther King, Jr., helping to mold him into an international symbol of nonviolence. Despite these achievements, Rustin often remained in the background. He was silenced, threatened, arrested, beaten, imprisoned, and fired from important leadership positions, largely because he was an openly gay man in a fiercely homophobic era.

Although Rustin was often not in the spotlight, this book aims to rectify that by showing how his contributions were integral to the development of a movement. I Must Resist includes 150 of Rustin’s eloquent, impassioned letters; his correspondents include the major progressives of his day — including Eleanor Holmes Norton, A Philip Randolph, Roy Wilkins, Ella Baker, and of course, Martin Luther King Jr.

“Rustin was a life-long agitator for justice. He changed America—and the world—for the better. This collection of his letters makes his life and his passions come vividly alive, and helps restore him to history, a century after this birth. I Must Resist makes for inspiring reading.”—John D’Emilio, author of Lost Prophet: The Life and Times of Bayard Rustin

“These letters–poetic, incisive, passionate, and above all political in the broadest meaning of the word–span almost four decades not only of Bayard Rustin’s life but of the emotional and spiritual life of America. There is hardly a social justice movement during this time in which Rustin was not involved from pacifism to ending poverty to battles for sexual freedom. Michael Long’s brilliant editing has created a compelling historical narrative and reading these letters is to be witness to the ever-evolving conscience that guides our country’s endangered, but surviving, commitment to freedom.”—Michael Bronksi, author of A Queer History of the United States

“A vital addition to the history of the civil rights movement by an exceptionally determined, vital and creative force who was invaluable to Martin Luther King Jr and A. Philip Randolph among many others.”—Nat Hentoff