Examining Past Theological Witness for the Present Church

On October 11, Stanley Hauerwas and Eugene McCarraher led a seminar discussion on Dietrich Bonhoeffer and Reinhold Niebuhr, entitled “Bonhoeffer and Niebuhr: Why They Still Matter.” 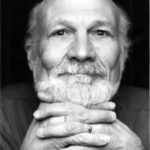 Hauerwas focused on Dietrich Bonhoeffer, whose theological politics is best understood as the attempt to recover the church from the realm of invisibility known as religion, assumed to be an unavoidable condition of the human condition in his day. Rather, in Bonhoeffer’s mind, the proper place of the church is the locus of Christ’s presence in the world. The church is just as Jesus was, fully human, meaning that the church must denounce the most deceptive form of invisibility, the attempt to be pure, an affirmed association that prepared the way for the German church’s failure to oppose Nazism. 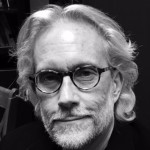 In contrast, McCarraher argued Niebuhr cannot provide what we need for our time. Both Niebuhr’s political ontology and eschatology rest on a purely secular temporality, where love will have to wait until the end of history before its power can take effect. But any new radicalism must begin from a faith in the possibilities of the here and now, leaving today’s apostates of empire, McCarraher argues, to reclaim the language of realism rather than embrace the suspect Niebuhrian discernment. Indeed, others, such as the clergy activist A.J. Muste, are far better equipped to usher us forward through a realized eschatology.

In his discussion of Bonhoeffer’s emphasis on the visibility of the church, Hauerwas states:

“We are tempted to think we live in a very different time than Bonhoeffer. We are not threatened, we think, by Hitler-like leaders, but the cynicism that produced Hitler remains alive and well. We do not trust our neighbors, nor do we trust ourselves, nor do we trust the church. In fact, many in the ministry prefer the church to be invisible. The invisibility of the church means that the primary role of those in the ministry is to be a pleasant person. What seems lacking is anything that you are supposed to do as a Christian. But Bonhoeffer gives those in the ministry and all Christians something to do, and that is the great genius of Christianity. In a world where people are dying of boredom, we give you something to do, and thats what Bonhoeffer did.”

Listen to the full lecture through its resource page here.

Stanley Hauerwas is a longtime professor at Duke University, serving as the Gilbert T. Rowe Professor of Theological Ethics at Duke Divinity School with a joint appointment at the Duke University School of Law. Involved in the areas of systematic theology, philosophical theology and ethics, political theory, as well as the philosophy of social science and medical ethics, his work and research interests intersect across many disciplinary lines. His recent publications include The Work of Theology (Eerdmans, 2015) and Hannah’s Child: A Theological Memoir, 2nd Ed. (Eerdmans, 2012).

Eugene McCarraher is an associate professor of humanities and history and the associate director of the honors program at Villanova University. A former Charles Ryskamp Fellow of the American Council of Learned Societies (2005-2006), he has written for Books and Culture, Commonweal, Dissent, In These Times, The Nation, the Chicago Tribune, The Hedgehog Review and Raritan.