The SILT 16/17: Can I Get a Witness? author series introduces the SILT participant authors and the historical figures they will be illuminating in their narratives. This week’s featured writers is David Dark, whose figure is Daniel Berrigan. 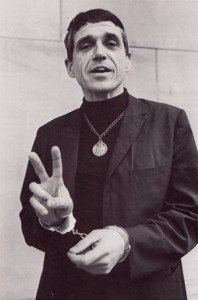 Daniel Berrigan, S.J. was a Catholic priest whose life was punctuated with bold acts of nonviolent social action. Born in 1921, he grew up in an Irish Catholic family in Minnesota and joined a Jesuit seminary after high school. He became an ordained priest and traveled to France where he was influenced by the worker-priest movement and ideas of civil disobedience. Berrigan returned to the U.S. in 1954 and began teaching in colleges, including Le Moyne College in Syracuse, Cornell, and Yale. Another European tour ending in 1964 inspired him to join the protest against America’s burgeoning intervention in Vietnam and become one of the Catonsville Nine, a group of Catholic activists who destroyed draft records in 1968 Maryland. Avoiding his prison date earned him a spot on the FBI’s Ten Most Wanted List, but he eventually served two years in prison and was released in 1972. Other protests followed, leading to more arrests and prosecutions. From 1970 to 1995, Berrigan spent a total of nearly seven years in prison. He continued his peace activism, co-organizing the antinuclear Plowshares Movement and protesting against the 1991 Gulf War, the Kosovo War, the U.S invasion of Afghanistan, and the 2003 invasion of Iraq. Berrigan spent his last years living in a Jesuit community in New York City where he continued to conduct retreats, speak publicly, and write before his passing on April 30, 2016. 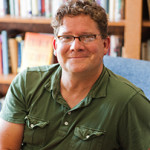 David Dark is an assistant professor at Belmont University in the College of Theology and Christian Ministry and also teaches at Riverbend Maximum Security Institution. His publications include Life’s Too Short to Pretend You’re Not Religious (2016), The Sacredness of Questioning Everything (2009) and The Gospel according to America: A Meditation on a God-blessed, Christ-haunted Idea (2005).