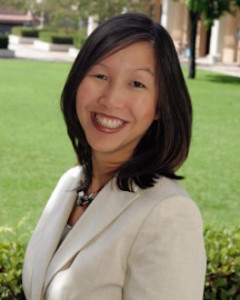 This news series, Can I Get a Witness? The Interviews, features conversations with the Witness participants to highlight how each author is being changed and challenged by the historical figure they are working to illumine. This week’s headliner is Grace Yia-Hei Kao, whose figure is Yuri Kochiyama, a life-long activist at the forefront of issues in the black, Latino, Native American and Asian American communities.

When you were first invited to write about Kochiyama, what was your reaction?

“I was excited for two reasons. From time to time I’ve been following what The Project on Lived Theology has been doing and was honored to be asked to participate. When I was asked to write on Kochiyama in particular, I was surprised, as I hadn’t previously put Kochiyama in the category ‘theologian.’  I’ve long been fascinated about Kochiyama’s life, so I was eager to dig more into her life, her sources of inspiration, and her support system through the lens of how she enacted/manifested her faith.”

In your research, what has surprised you about Kochiyama?

“I’ve been most surprised about the slight disconnect between how Kochiyama is remembered (“leading Asian American activist”) and the fact that she took up Asian American issues relatively late in her life, only after campaigning for decades for various other causes, including civil rights (particularly for blacks and latinos/Puerto Ricans), anti-war (Vietnam), and the plight of political prisoners. She was drawn to Asian American issues not so much from a sense of identity politics, but from the logic of what fighting for human dignity and being a part of ‘the struggle’ would require of her.”

How is spending time with Kochiyama affecting you?

“Yuri’s seamless blending of the personal and political is affecting my thoughts on how I’ve elected to order my life. Yuri did things like take her children to marches and protests, turn her Christmas newsletter into a platform to convey her passion for various causes, and open up her home on a regular basis for activists, struggling artists, and college kids to stay sometimes for extended periods of time. In other words, she committed her entire family and all of her resources to ‘the struggle.’ There were, however, some personal costs to doing so (i.e., she expressed regret that her younger children didn’t have ‘typical’ childhoods). As a working mom to two young boys (now ages 7 and 9), I have mostly shielded my work from them and am thinking through what it would be like to live in a more integrated, holistic way.”

What piece of advice can you imagine Kochiyama offering to the United States or the world today?

“Kochiyama would be cautioning the U.S. not to lose its identity and commitment to ‘freedom and justice for all’ in the fight against terrorism, be it through the curtailment of civil liberties for Americans themselves or the new modes of surveillance of warfare that have brought their own forms of destruction and terror to other nations. She would also caution the U.S. against thinking that its enemies are mostly abroad when in fact there are longstanding evils and injustices to be fought at home, such as racism and classism.”

Grace Yia-Hei Kao is the associate professor of ethics at the Claremont School of Theology (CST). She teaches and researches on issues related to human and nonhuman animal rights, religion in the public sphere in the U.S., ecofeminism, and Asian American Christianity. Kao’s publications include Asian American Christian Ethics: Voices, Methods, Issues (2015) and Grounding Human Rights in a Pluralist World (2011). Kao’s current projects include a co-edited anthology on a theological exploration of women’s lives.