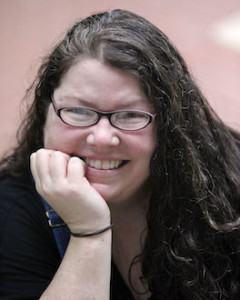 This news series, Can I Get a Witness? The Interviews, features conversations with the Witness participants to highlight how each author is being changed and challenged by the historical figure they are working to illumine. This week’s headliner is Susan Glisson, whose figure is labor and civil rights activist Lucy Randolph Mason.

In your research, what has surprised you about Mason?

“What was surprising was that in talking about her with thoughtful people who are passionate about faith and social justice, I felt a new energy and enthusiasm for thinking about her life. I began to feel as if I was seeing her in a new, more meaningful way.”

Can you tell me a story from Mason’s life that illustrates something crucial about who she is?

“As an organizer for the CIO in the 1930s in the South, Mason visited a newspaper editor who was publicly and vociferously opposed to labor unions. She got a meeting with him in his office and noticed that he had a portrait of the Confederate general Robert E. Lee on his wall.  She began the meeting by sharing that Lee was a cousin of hers and it disarmed and charmed the editor. She left the meeting with his assurance that he would stop attacking the organizing efforts in his newspaper. She was able to find a connection that turned an ‘enemy’ into an ‘unusual ally.'”

How is spending time with Mason affecting you?

“In the vitriol and uncertainty of the 2016 campaign and election, she has brought me comfort as someone who lived through equally chaotic times but who never wavered from her goal of creating humane working conditions and shared prosperity for all.”

What piece of advice can you imagine Mason offering to the United States or the world today?

“I think she would both remind us of our founding principles, especially the separation of church and state and the Bill of Rights (her ancestor George Mason was one of three founders who helped write the Constitution but who refused to sign it because it didn’t outlaw slavery or include the Bill of Rights), as well as caution us about remaining stagnate in our growth as a country, to ask anew every generation who we are leaving out of the promise of the American idea.”

Susan M. Glisson has served as executive director of the Winter Institute for Racial Reconciliation since 2002. A native of Evans, Georgia, she earned bachelor’s degrees in religion and history from Mercer University, a master’s degree in Southern studies from the University of Mississippi and a doctorate in American studies from the College of William and Mary. Glisson specializes in the history of race and religion in the United States, especially in the black struggle for freedom. She has numerous publications, has been quoted widely in the media and has supported community projects throughout the state for the Institute since its inception. Susan’s first publication, “Peanut Butter Crisscrosses” appeared in the Warren Baptist Church cookbook when she was 20 years old.