The SILT 16/17: Can I Get a Witness? author series introduces the SILT participant authors and the historical figures they will be illuminating in their narratives. This week’s featured writers are Rev. Becca Stevens, researching William Stringfellow, Soong-Chan Rah, whose figure is Richard Twiss, and Donyelle Charlotte McCray, writing on Howard Thurman. 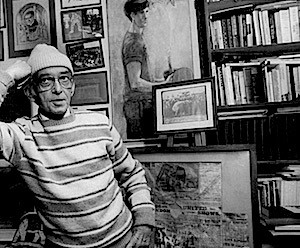 “The practice of the Christian life consists of the discernment of (the seeing and hearing), and the reliance upon (the reckless and uncalculating dependence), and the celebration (the ready and spontaneous enjoyment) of the presence of the Word of God in the common life of the world.” –Stringfellow

Born in 1928, William Stringfellow was an American social activist, human rights lawyer, and theologian. He first became involved in social activism in college by organizing a sit-in to protest segregation. After graduating from Harvard Law, Stringfellow worked as an attorney in East Harlem, representing the impoverished and the marginalized. He soon gained a reputation as a formidable critic of the social, military and economic policies of our country and as a tireless advocate for racial and social justice. As a Christian, he firmly believed that he had been committed in baptism to a life-long struggle against the “Powers and Principalities” and viewed Christianity as a call to dissent. Karl Barth recognized this and saw in Stringfellow’s writing a “theology of freedom” more concerned with proclaiming the gospel than with catering to the habits and fads of American society—a theology unwilling, as Stringfellow put it, “to interpret the Bible for the convenience of America.” Stringfellow remained active until his death in 1985. 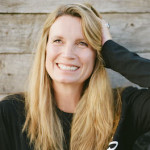 Becca Stevens is an Episcopal priest and founder of Magdalene, a residential community of women who have survived institutional and drug abuse. She is a prolific writer, and her works include The Way of Tea and Justice: Rescuing the World’s Favorite Beverage from It’s Violent History (2014) and Letters from the Farm: A Simple Path for a Deeper Spiritual Life (2015). She was inducted into the Tennessee Women’s Hall of Fame, and she was awarded an honorary doctorate by the University of the South. 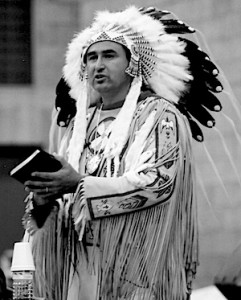 “How capable are we of bringing about authentic change if we don’t have voices from the margins?” –Twiss

Richard Twiss was a Native American educator and Christian minister, author, and public speaker. After graduating from high school, Twiss joined the activist American Indian Movement in its 1972 seizure of the federal Bureau of Indian Affairs building in Washington, D.C. to protest the government’s breaking of treaties. The incident left the 18-year-old Twiss filled with hatred toward white people and Christianity. After moving to Hawaii and becoming a self-described beach bum struggling with drug use, he converted to Christianity in 1974 during an overdose. In 1981, Twiss moved to Vancouver with his new wife Katherine, serving as a pastor at New Discovery Community Church in Vancouver from 1982 to 1995. Together the two founded the nonprofit Wiconi International in 1997. Twiss became the organization’s president, spreading his message of reconciliation, community, and spirituality at home and abroad. In 2000, Twiss co-founded and became chairman of the North American Institute for Indigenous Theological Studies. He also taught classes in Indigenous Nations Studies at Portland State University and served as a board member at the Native American Youth & Family Center in Portland and the Christian Community Development Association, founded by John M. Perkins in 1989. Twiss was in Washington, D.C., for the annual National Prayer Breakfast at the time of his death in 2013. 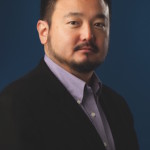 Soong-Chan Rah is the Milton B. Engebretson Associate Professor of Church Growth and Evangelism at North Park Theological Seminary in Chicago, IL. Rah is formerly the founding senior pastor of the Cambridge Community Fellowship Church (CCFC), a multi-ethnic, urban ministry-focused church committed to living out the values of racial reconciliation and social justice in the urban context. His publications include Prophetic Lament: A Call for Justice in Troubled Times (2015). 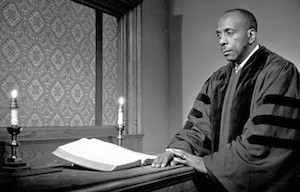 “The movement of the Spirit of God in the hearts of men often calls them to act against the spirit of their times or causes them to anticipate a spirit which is yet in the making. In a moment of dedication, they are given wisdom and courage to dare a deed that challenges and to kindle a hope that inspires.” –Thurman

One of the leading religious figures of twentieth-century America, Howard Thurman was the first prominent African American pacifist whose theology of radical nonviolence influenced and shaped a generation of civil rights activists, including Martin Luther King, Jr. Born in 1899, Thurman was raised in Daytona, Florida by his formally enslaved grandmother. In 1925, he became an ordained Baptist minister. His first pastorate, at Mount Zion Baptist Church in Oberlin, Ohio, was followed by a joint appointment as professor of religion and director of religious life at Morehouse and Spelman colleges in Atlanta, Georgia. Thurman spent the spring semester of 1929 studying at Haverford College with Rufus Jones, a Quaker mystic and leader of the pacifist, interracial Fellowship of Reconciliation. In 1936, he led a “Negro Delegation of Friendship” to South Asia, where he met the Indian leader Mohandas Gandhi and broadened his theological vision. Thurman served as dean of Rankin Chapel at Howard University from 1932 to 1944, leaving his tenured position there to help establish the Church for the Fellowship of All Peoples in San Francisco, the first major interracial, interdenominational church in the United States. He went on to serve as dean of Marsh Chapel at Boston University from 1953 to 1965, then after this, he continued his ministry as chairman of the board and director of the Howard Thurman Educational Trust in San Francisco until his death in 1981. 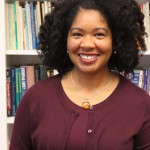 Donyelle Charlotte McCray is Assistant Professor of Homiletics, Director of Multicultural Ministries, and Associate Director of the preaching program “Deep Calls to Deep” at Virginia Theological Seminary and will join Yale Divinity School this fall as the Assistant Professor of Homiletics. Her primary research interests include homiletics, spirituality, Christian mysticism, and ecclesiology. She is the recipient of the Bell-Woolfall and the James H. Costen North American Doctoral Fellowships.