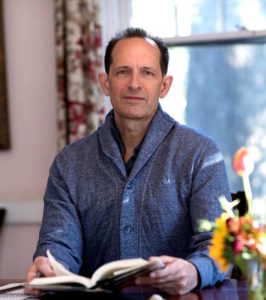 On the Mission of the Project on Lived Theology

Established in the summer of 2000, the Project on Lived Theology studies the implications for social justice and human flourishing that lie at the intersection of faith and lived experience. It is our conviction that the patterns and practices of religious communities offer rich and generative material for theological inquiry and that, properly interpreted, the lived experiences of faith are communicative not only of a religious community’s collective self-understanding but of modes of divine presence as well. Bridging the gap between academia and the everyday, the Project further endeavors to demonstrate the importance of theological ideas in the public conversation about civic responsibility and social progress.

Founder and director Charles Marsh recently discussed these beginnings, influences, and goals of the Project in an interview with UVA Today, stating:

“My father took a position at the First Baptist Church of Laurel, Mississippi in 1967. The six years we lived there portended the last days of segregation in the South, and I was a participant in the first integrated school system in the state. I was trying to make sense of all that was happening, which became quite overwhelming at times.

Later in my graduate work, I began to think seriously and theologically about the religious conflicts and paradoxes of that time. Why were some of the same white, Southern evangelical Protestants who nurtured me in the faith and gave me a love of the Bible and of church life, nonetheless completely indifferent to, if not contentious towards, the sufferings of African-Americans under Jim Crow?

Every side of the movement, from Klansman to liberal leaders, in some way invoked God’s name and divine legitimacy. I began asking how people thought about God and why their ideas of God and church compelled them to react as they did to integration. For me, it opened an interesting, fresh way of thinking about religious questions. It also marked the beginning of the Project on Lived Theology, which is essentially making sense of how theological convictions are lived out in social existence.”