“As long as faith leads one deeply into action, and not deeply into inaction, then that’s a very good thing.”
– Bill McKibben

I was raised in the Shenandoah Valley of Virginia. Though I make no attempts to hide my unabashed bias, the Valley is a place of world-class natural splendor. The Shenandoah River meanders along the Valley’s floor. Meanwhile, the Blue Ridge Mountains form the lush eastern wall and to the west are the dense Allegheny Mountains. In the midst of such abundant natural splendor, the threat of environmental devastation can feel remote. Even during my high school years, when I attended a Governor’s School dedicated to environmental sciences, the dangers of climate change felt like an abstract, ominous threat looming somewhere in the far, far away future. It was so difficult to comprehend the gravity and urgency of a threat I could not see with my own two eyes. As long as my little corner of the earth remained seemingly undisturbed, it was all too easy to delay my concern and invest my energy elsewhere.

After spending some months in an agricultural community in Southern California, I realize this convenient illusion is not an option for everyone. In the short time I have lived here, I have witnessed the impact of the decade-long drought, unusually scorching heatwaves, and deadly wildfires. It’s no wonder the Left Coast has been assigned a stereotypical reputation for being “granola” (an adjective for those who demonstrate some amount of environmental enthusiasm). The need to conserve resources and practice conscious consumerism is felt a bit more urgently within this community whose livelihood and survival depend upon those very strategies. I suspect others who have watched the painful degradation of their own habitats can relate, whether in the sinking Maldives, the desiccating Amazon, or in the disfigured mountains of Appalachia. 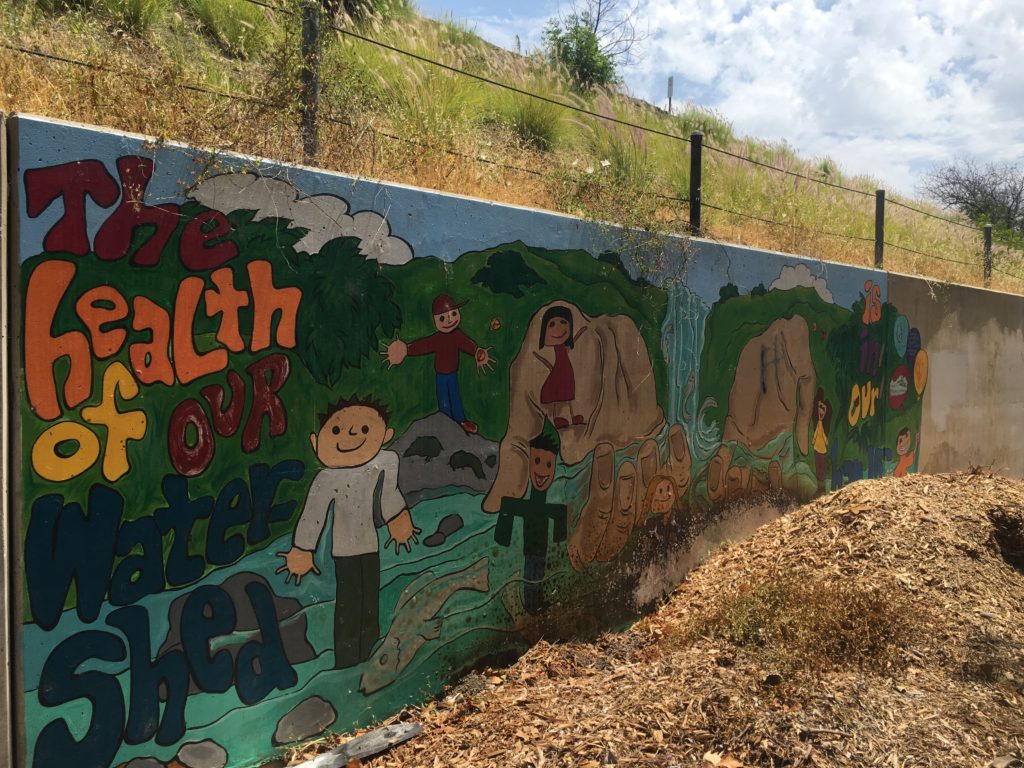 Recently, I have had the pleasure of consuming copious amounts of podcasts during my time in the fields of The Abundant Table Farm. I stumbled upon a podcast interview with Bill McKibben, a universally celebrated environmentalist, activist, and thinker. McKibben’s comments were compelling, reinforced with digestible, relevant facts. His engaging style comes as no surprise in light of the fact that McKibben is credited with writing the first book about climate change for a general audience. During the podcast interview, he confesses frankly that “Sometimes it’s hard to strike the right balance between being honest about where we are and not causing too much despair.”

I empathize with this tension, and I think tension is an appropriate word because tension is uncomfortable—painful, even. For your sake and mine, I’ll skip the part where I bombard you with numerical figures intended to communicate the Earth’s dire circumstances. But take my word for it: they’re dire. Erin Lothes Biviano calls this condition the “green blues” and suggests that within a hermeneutical framework, the blues might be likened to an expression of lament.[1] The ecocide which is occurring in this very moment is a colossal loss of life, plain and simple. It warrants mourning and has the potential to inspire great change, for both the individual and the collective.

However, that “change” piece is surprisingly difficult. The Christian Orthodox Patriarch Bartholomew of Constantinople writes:

We are all painfully aware of the fundamental obstacles that confronts us in our work for the environment. It is precisely this: how are we to move from theory to action, form words to deeds? We do not lack technical scientific information about the nature of the present ecological crisis. We know, not simply what needs to be done, but also how to do it. Yet, despite all this information, unfortunately little is actually done. It is a long journey from the head to the heart, and an even longer journey from the heart to the hands. How shall we bridge this tragic gap between theory and practice, between ideas and actuality?[2]

What exactly happens in that journey from the head to the heart to the hands that our actions are so fundamentally dissonant from our beliefs? Fatigue? Human error? Sin? In Biviano’s analysis, “Too often, it seems that the head is confused, the heart is overwhelmed, and the hands are busy.”[3] Frankly, I’m not sure where to go from here. My head is confused, my heart is overwhelmed, and my hands are busy. At the very least, I can offer solidarity to all those whose hearts ache with the green blues. There’s power in that. There’s power in confronting the devastation and allowing ourselves to be moved by it. There’s power in continuing to hope.