“What a time to be alive.” These are the words that I’ve heard probably most frequently during my time here in DC. It’s a complex time of disappointing politics and incredible community organizing. I’m consistently torn between feelings of deep grief and lament for the injustices that are unfolding before my eyes in this country and in this world, and feelings of inspirational hope from the community organizing that demands accountability and responsibility from our political leaders. I’ve seen our Attorney General use scripture as a weapon to defend unjust policies. I’ve seen our president use and encourage a rhetoric of egregiously hateful and derogatory language towards a group of people who are fleeing for their lives. However, I’ve also seen resilient community organizers call people to action and rally thousands of people to protest and speak out against these political failures. I’ve seen the Church, although admittedly somewhat waveringly, stand in opposition, condemn these injustices, and defend the actuality of scripture’s contents. What a time to be alive.

This past week, I caught myself repeating this phrase almost daily. My week was full of events that I could talk about individually for hours. I could tell you about a gathering of public theologians I attended for the official publication of a statement signed by over 300 religious scholars condemning the actions of President Trump’s border policies. I could tell you about hearing widely respected religious leaders like Sister Simone, from Nuns on the Bus, or Rev. Adam Taylor, the new executive director of Sojourners, denounce this administration’s recent actions. I could tell you about being speechless as I witnessed one of the most impressive demonstrations I have seen in the atrium of the Hart Senate Office Building by the Women’s March where almost 600 women acted boldly in solidarity with the detained immigrants by performing acts of civil disobedience and being arrested. I could tell you about the pure excitement my office felt when the Farm Bill, which we have been exhaustively lobbying for, passed the Senate on Thursday. I could tell you about thousands of people who marched down Pennsylvania Ave. in 100-degree DC heat to make sure their voices were heard. 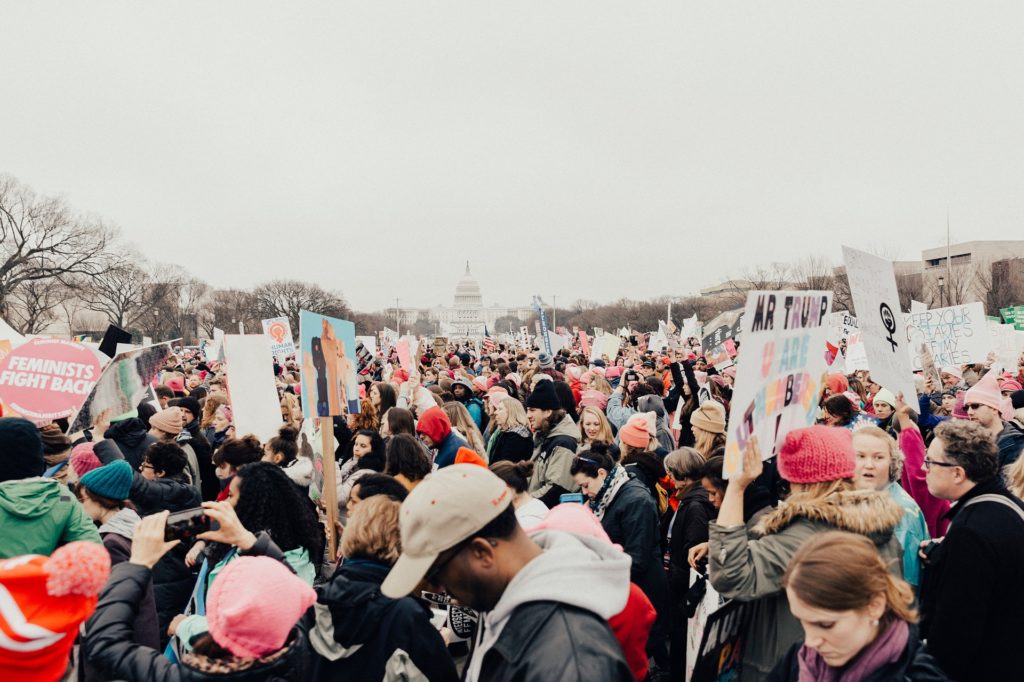 In a conversation that I had with my site mentor—Jane Adams, Domestic Policy Analyst at Bread for the World—on my first day there, she said something very intriguing to me about lobbying and activism. She said “MLK is always remembered for his speeches and marches on Selma or Birmingham, but what was most important and what changed history was not the marches or the speeches; it was when he sat down and wrote the Civil Rights Act and put all of the protest’s energy into concrete law.” I was caught off guard when I first heard her say this. My default reaction was to defend the civil rights movement’s organizing skills; however, after thinking about this a while, I realized the point that she was making. The reality of our political world means that if we want to see real, lasting, sustainable change in society, it has to be drafted into law. After being wrapped up in a week of protests, marches, and letters, I realized that while all are necessary aspects of positive change, none are sufficient on their own.

After some more reflection on this conversation, I was posed with the question, “What does all of this actually do?” I found myself unable to answer the question. I was looking for the direct, real impact that each letter or march or petition brought about. I had to get myself to step back from the energy of the movements that I had been wrapped up in this week and ask myself this very challenging question. These groups are writing letters and petitions and organizing thousands for marches and protests, and hundreds are putting their bodies on the line in acts of civil disobedience to protest, but what do each of the acts bring about? Are they effective in catalyzing the desired change? Are they enough, or should we be taking more drastic measures? Are they a privileged response that protects our own self-purity, or are they actions of solidarity and calls to action? What does all of this actually do?

I decided these questions were probably out of my very limited scope of understanding, so I decided to ask my theological mentor, the Rev. Dr. Kris Norris. On our walk back from the release of the letter signed by over 300 religious scholars, I asked him what his thoughts were on all of this. He responded by saying that things like letters and petitions are always necessary as the initial steps for building a movement. While they might not seem to do anything drastic in the immediate, they provide a source of guidance and tethered direction that people can always refer back to and see exactly why the movement matters or what the foundational principles of the movement are. They serve as cornerstones for bigger things. It’s not that they aren’t effective, but as Jane said, they don’t independently cause systemic change. This means that letters and petitions serve as a necessary initial mode of action in order that other forms of protest can be successful after the fact. It also means that they are not enough on their own to cause change.

After working with Jane for a couple days and seeing that the realms of policy and protest seemed to be a bit disconnected, I asked her about how policy answers the demands of protests and how protests influence policy. Her response was quite inspirational. She talked about how policy must take a more realistic approach than protests do, but protests are necessary in deciding how much compromise has to be achieved. For example, if literally everyone in the US decided they were going to protest  for something to change, very minimal compromise would be necessary. The amount of compromise is usually inversely related to the support of the protest; as support decreases, necessity to compromise increases. Policy has real impacts and has the potential to change lives, but it can only be effective if citizens are politically aware individuals making sure not only that their voices are being heard, but the voices of the marginalized are also being heard.