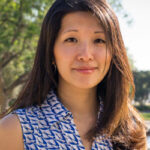 Jane Hong, a frequent Project on Lived Theology collaborator, has received a sabbatical grant from the Louisville Institute. The grant will allow Hong to devote the spring of 2022 to writing her second book, Model Christians, Model Minorities: Asian Americans, Race, and Politics in the Transformation of U.S. Evangelicalism.

“During a time when public discussions of Christianity and religion generally are so polarized, I’m grateful for the time the grant affords me to make sense of how we got here,” said Hong.

Model Christians, Model Minorities will explore the relationship between the demographic transformations resulting from the 1965 Immigration and Nationality Act and the rise of the Religious Right. Specifically, Hong’s book will reflect on how Asians and Asian Americans have changed U.S. evangelicalism; individuals of Asian descent comprise fewer than three percent of U.S. evangelicals but have had an outsized impact on evangelical institutions and communities.

According to Hong, “Just as you cannot understand the history of post-WWII evangelical Christianity without Billy Graham and Jerry Falwell, you cannot make sense of contemporary evangelicalism without accounting for Asians and Asian Americans.”

Hong​ is an associate professor of history at Occidental College and the author of ​Opening the Gates to Asia: A Transpacific History of How America Repealed Asian Exclusion (University of North Carolina Press, 2019). She received her Ph.D. in history from Harvard.

Funded by the Religion Division of the Lilly Endowment, the Louisville Institute awards grants and fellowships to those who lead and study North American religious institutions, practices, and movements. The institute’s Sabbatical Grant for Researchers offers grants of up to $40,000, which enable scholars to take up to a full academic year of leave from teaching and administrative responsibilities. This funding allows them to instead focus on research and writing projects that will advance religious and theological scholarship.