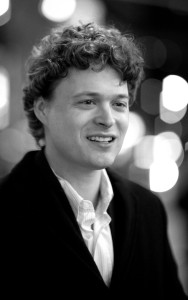 Examining the Implications of the Conflict Economy

Burdens of war extend far past the battlefield as civilian injury and death continue to constitute an increasing proportion of total casualties. In his current book project, John Kiess focuses on civilian vulnerability in contemporary war through case studies on the Democratic Republic of the Congo and beyond. Unpacking the idea of the conflict economy and its impact on civilian livelihood, Kiess analyzes various strategies implemented to address it and the unintended and harmful consequences many plans produced.

Kiess also addresses war reparations, specifically the use of restorative justice versus judicial punishment in the International Criminal Court (ICC). While international law leans towards only either end of the spectrum, he assesses the middle ground of restorative punishment and its future prospects in the ICC. The court’s implementation of the Rome Statute principles of victim participation, protection, and reparations is then evaluated to further increase their restorative impact.

Kiess concludes with lessons learned from past warfare to improve overall responses to addressing conflict development and civilian endangerment and offers recommendations for international courts to advocate for restorative justice.

For more from Kiess, read his most recently published analysis in his chapter, “Descending into the Ordinary: Lived Theology, War, and the Moral Agency of Civilians,” of PLT’s newest publication: Lived Theology: New Perspectives on Method, Style, and Pedagogy.

John Kiess is an assistant professor of theology at Loyola University Maryland. His doctoral dissertation explored the ethics of war through the lens of the Democratic Republic of Congo, where he conducted fieldwork in 2008-2009. In addition to his work on conflict and peacemaking, he is also interested in political theology, political theory, and philosophy, and is the author of Hannah Arendt and Theology (2015) as well as several articles and book chapters.

For more of featured writings of our PLT Contributors, click here. To engage in the conversation on Facebook and Twitter,@LivedTheology, please use #LivedTheologyWrites. To sign up for the Lived Theology monthly newsletter, click here.