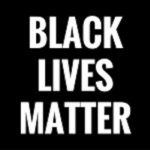 The Immanent Frame invited scholars, activists, and theologians to contribute to their forum on Black Lives Matter by discussing the movement’s relation to religion, secularism, justice and more. PLT Contributors Cheryl Sanders and Peter Slade joined the conversation.

PLT Contributor Cheryl Sanders contributed her essay “Who is my neighbor?”, writing:

“Jesus tells the parable of the Good Samaritan (Luke 10:25-37) in response to a lawyer who asks what is required to attain eternal life. The correct answer from religious tradition is, ‘to love God and love your neighbor as yourself.’ However, the lawyer’s follow-up question is evocative and problematic, shedding light on our comprehension of the Black Lives Matter movement. He asks, ‘Who is my neighbor?’ As the story goes, a man is beaten, robbed, and left for dead on the road from Jerusalem to Jericho. A priest and a Levite (worship leader) see the man, but keep moving. The only one who stops to help him is someone of a different religion, tradition, and ethnicity—a Samaritan. At the end of the story Jesus turns the lawyer’s query back on him, asking ‘Who is neighbor to the man who was attacked?’

The Black Lives Matter movement has its origins in a group of concerned citizens refusing to ignore the deaths of unarmed African Americans who were shot by police officers and left for dead in the streets. Their means of protest have involved symbolic gestures, disruption of traffic, and use of social media to publicize their pleas for justice. Pastors and ministers have…”

“In an article published in 2002, theologian Charles Marsh encouraged scholars of religion to see the civil rights movement as “theological drama,” to recognize that “the spiritual energies of the movement were born of particular forms of theological expression,” and to consider “how certain theological themes or doctrines may reach an intensification of meaning in social existence.” I think this category of theological drama may still be helpful when considering the contemporary secularized civil rights movement Black Lives Matter—not for religious people to appropriate another’s struggle, but as a way of taking the claims and actions of the participants seriously.

The secular expressions of the current movement have roots deep in theological soil. Black Lives Matter draws on…”

Cheryl Sanders is professor of Christian ethics at the Howard University School of Divinity, where she teaches courses in Christian ethics, pastoral ethics, and African American spirituality. Her many publications include Saints in Exile: The Holiness-Pentecostal Experience in African American Religion and Culture (1999) and Ministry at the Margins: The Prophetic Mission of Woman, Youth & the Poor (2009).

Peter Slade teaches courses in the history of Christianity and Christian thought at Ashland University. His research interests include justice, reconciliation and the practices of congregational singing. His publications include Open Friendship in a Closed Society: Mission Mississippi and a Theology of Friendship (2009).

For more of featured writings of our PLT Contributors, click here. To engage in the conversation on Facebook and Twitter,@LivedTheology, please use #LivedTheologyWrites. To sign up for the Lived Theology monthly newsletter, click here.