“Behold, I am making all things new” (Revelation 21:5). I’ve heard this verse cited in Christian circles when things are falling apart and everything seems to be spiraling out of control. It’s generally used in a comforting tone to imply that despite how bad it seems right now, there will be a day when God restores everything, and we must hold out hope until then. This has always puzzled me. I wonder how comforting this phrase actually is to a person in need. I have heard this verse preached recursively in sermons about the world’s brokenness. I’ve even heard it recently in reference to our political system. I can imagine people like Dietrich Bonhoeffer and James Cone laughing at this verse amidst unimaginable persecution and oppression. My initial response to this well-meaning scriptural reference is to scoff at it and push back with, “Well that’s great, but what does that mean for things in the meantime?”

I think what has too often resulted from this verse is an affirmation of patient passivity. I don’t think that this verse is contending that in the meantime we should do nothing more than sit on our hands. What I’ve seen more than ever this summer is that if the author of Revelation is right to proclaim that God is making all things new, it means that we, as creations of the Divine, must become co-creators with the Divine in order to expedite the coming of the Kingdom and the making new of all things. Additionally, if we are to be active agents in bringing about this divinely decreed change, we must be fully engaged in the world and in the political atmosphere of the present day.

Political engagement means leaning into the news even when we see extreme bias—whether in our favor or against us. It means patiently listening when we hear constituents of the opposing party explain their beliefs and why they find ours abhorrent. It means calling and writing and visiting our representatives to share our thoughts on a given issue. It means being aware of the political climate and fighting to change the narrative of anger to a narrative of inclusivity. It means educating ourselves on upcoming legislation and making sure that we agree with what is being proposed and passed. It means speaking out against anything that we don’t believe in, knowing the consequences may be losing Facebook friends or Twitter followers or even the approval of those we love. Most of all, however, political engagement means ensuring that we have theological grounding for our political stances. Relying on partisan arguments supported by cherry-picked Bible verses is insufficient, especially if we believe that we play a crucial role in the process of making all things new.

For Bonhoeffer, it meant making a choice between personal purity and the greater good. When faced with the invitation to join a secret resistance group planning to assassinate Hitler, Bonhoeffer was morally torn. On one hand, killing a human being, even Adolf Hitler, was not only extreme, but against biblical law. On the other, however, if someone didn’t do something drastic, Hitler’s path of terror would continue and millions more could suffer. Bonhoeffer, in valiant courage, decided that it was more important that evil be stopped than that his own personal good be saved.

This week at Bread for the World, I found myself knee-deep in policy briefs and long legislative summaries. This was completely foreign territory to me. While I was consistently having to look things up and ask questions, I found this process very rewarding, and I began to realize the power that policy can have. One small policy change has the potential to affect hundreds of thousands of individuals. I did not realize how important every inch and every amendment in a policy fight really is until this week. In a presentation for the Government Relations Department at Bread for the World, my boss—Jane Adams, Domestic Policy Analyst at Bread for the World—cited the impact that the Earned Income Tax Credit (EITC) and the Child Tax Credit (CTC) can have on low-income working families. After the meeting, I pulled her aside and asked her if she could tell me more about this. Her explanation was remarkably eye-opening for me and I began to realize the power of policy in action. 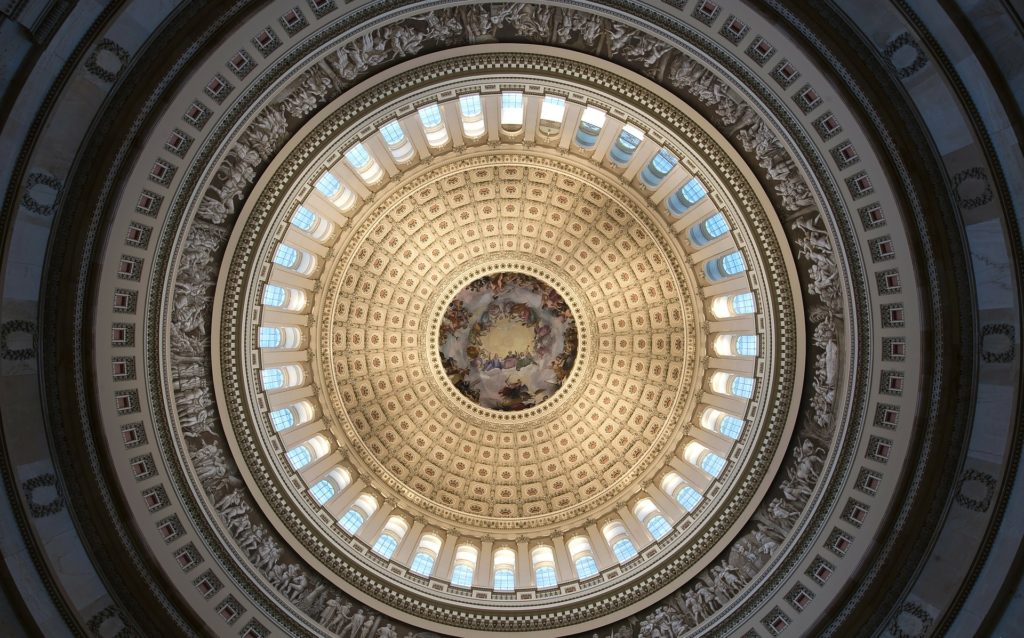 She explained to me that there was a bill on the table last year that proposed amending the EITC and the CTC regulations to make both refundable from the first dollar rather than waiting until a certain threshold is met. The EITC and the CTC are important for low-income working families because these two credits singlehandedly lift 10 million people out of poverty each year. If both were amended to make them refundable from the first dollar, it would lift an additional 20+ million people out of poverty and would significantly impact the poorest communities in the country. This proposal would have cost $300 billion to alter, but rather than allocating the money towards helping extremely low-income families, President Trump decided to cut the corporate tax rate from 30% to 15%. For every 1% that the corporate tax is cut, it costs roughly $100 billion. This basically means that if Congress had given a slightly smaller cutback to big corporations and only reduced the corporate tax to 18% instead of 15%, over 30 million people could have been lifted out of poverty as a result.

After explaining all of this, Jane said “You know, a budget is a reflection of morals; what you spend your money on is reflective of what you care about, and that’s the same for individuals, corporations, and countries. According to their actions last year, Congress and the president don’t think that drastically changing the lives of the poorest is worth a 3% smaller tax cut to the richest.”

What does this say about who we care about? It’s not the tired, the poor, or the huddled masses. While I recognize it’s probably not shocking news that our country hasn’t ever really done a great job of caring for the marginalized, my conversation with Jane revealed just how capable yet unwilling we are to do so. Things like this can be changed if we become politically engaged members of our communities. God may be making all things new, but are we helping or hindering this process? Are we passively watching or actively participating? Are we choosing to be a bystander with personal purity or a Bonhoeffer with sacrificial servanthood? We must stop hiding behind the pretense of faith-based passivity and use our theological foundations to inform our political engagement. Policy is powerful, but political engagement is a precursor for effective and meaningful policy. With diligence and dedication, I believe that policy can play an integral role in the process of making all things new.