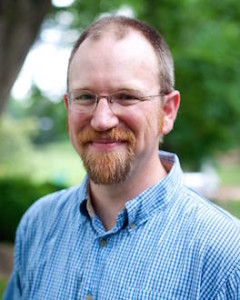 A Tale of Two Surprises

Thoughts after reading Mitch Landrieu’s, In the Shadow of Statues: A White Southerner Confronts History, Viking, 2018.

Mitch Landrieu’s book, In the Shadow of Statues, is the backstory of the speech he gave as mayor of New Orleans on May 19, 2017, following his removal of three Confederate statues—Lee, Davis, and Beauregard—from the city. Pulling down statues symbolizes regime change. Statues of Lenin fell across Eastern Europe during the revolutions of 1989 and statues of Saddam Hussein tumbled in Iraq after the US invasion in 2003. It seems reasonable, then, to consider that the current struggle to remove Confederate monuments is symbolic of a struggle to change a regime here in the United States of America. But this outgoing regime—unlike the communists in East Berlin or the baathists in Baghdad—is one that is hidden in plain sight and may not be outgoing at all. Viewed from this perspective, Landrieu’s book is above all an account of the surprise of discovery: his surprise at discovering this hidden regime’s history and his surprise at its continuing political power.

Landrieu is surprised to see the history he did not know celebrated in a landscape he did not see. Challenged by his friend, none other than the jazz great Wynton Marsalis, to remove the Confederate statues from New Orleans’s streets, Landrieu details his awakening to the meaning of the statues he had driven past thousands of times. He presents his personal testimony of “learning to see what’s in front of me” in the hope that his readers will also see these symbols and their American history with the veil torn away. This is a book written in the easy voice of a man with the common touch: the voice of a successful politician who expects to bring you along with him. For those familiar with the development of the religion of the Lost Cause and the history of race in America, there is nothing new here. But there is something depressingly instructive for historians and activists in Landrieu’s naive story of personal awakening. How is it, we need to ask ourselves, that a well-educated, intelligent, and humane white man who had spent his professional political career studying the motivations of his constituents was so surprised by this at all? How did he miss it?

Landrieu’s second great surprise is at the power and persistence of white supremacy. He opens the book with his shock that, despite the support of the city’s government and all his office’s money and connections, he could not hire a crane to take down the statues. He returns to his quandary again near the end of the book: as the mayor of New Orleans, “[after] all the billions of dollars we’d spent on contractors,” “I still can’t get anyone to lease me a damned crane: This still eats at me.” Again, the surprise of a powerful white man at the political center of his world should be instructive. How did the intimidation of contractors with death threats and arson come as a surprise to Landrieu? 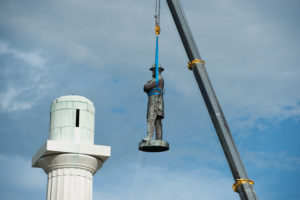 With his awakened hindsight, Landrieu gives an account of race and the regime of white supremacy running through his life from his earliest memories of his Catholic upbringing as the son of a mayor of New Orleans to his own assumption of that office. For Landrieu, “[race] is like a song that you cannot get out of your head.” With this song in heavy rotation by the summer of 2015 when he announced the removal of the statues, Landrieu was not surprised by the popular appeal of Donald Trump: he had seen it all before in Louisiana in the political success of the Klansman David Duke. “When I look back today,” Landrieu writes, “David Duke’s demagoguery stands like a dress rehearsal for the rise of Donald Trump.”

In the interviews Landrieu has given to promote the book, he has been asked repeatedly if he will throw his hat in the ring as a challenger to Trump. It’s clear that Landrieu constructs his narrative with the intention of introducing himself to a national electorate. He interlaces his stories with extraneous reflections on his current policy positions on race, gentrification, education, guns, police, mass incarceration, and urban crime, and makes a case for his skills and experience at running a political administration and in beating politicians like Trump. Whether or not he does run in 2020, Landrieu should bear in mind that he will be faced with a white America that, by-and-large, does not like surprises: certainly not the ones that force us to confront the power and persistence of white supremacy in America.