I can feel it in my body, in my spirit, in my soul

“Adamah v’shamayim” was a favorite song of Adam’s. Often, we’d sing it in the mornings during our Avodat Lev (“service of the heart”) meetings between more traditional prayers, English songs, meditations, and other activities. We’d sing it at other times, too, sometimes spontaneously, like when a group of us was walking from one side of the farm to the other. It’s a good one because it’s sung call and response style—somebody would shout out “Adamah!” and we’d all echo back “Adamah,” followed by “V’shamayim!” (“V’shamayim”)—up until “Ani margish zot…” which is sung all together (often, the Hebrew for that bit would escape us). It’s also a good song in that it weaves together several of Urban Adamah’s central philosophical pillars or themes—Judaism, relationship with the Earth, and even, I’d say, mindfulness, in the way that it centers an awareness of the body and spirit. The song is one that’s become very popular among organizations like Urban Adamah, including Jewish summer camps and wilderness programs. There’s a flavor of newness to “Adamah v’shamayim,” as well as to the Jewish sustainability/environmentalist movement as a whole, but as Urban Adamah and other organizations (Wilderness Torah, also based out of Berkeley, and Hazon are just two that come to mind) are quick to point out, the roots of such thinking are deep, reaching back to the very beginnings of the tradition. 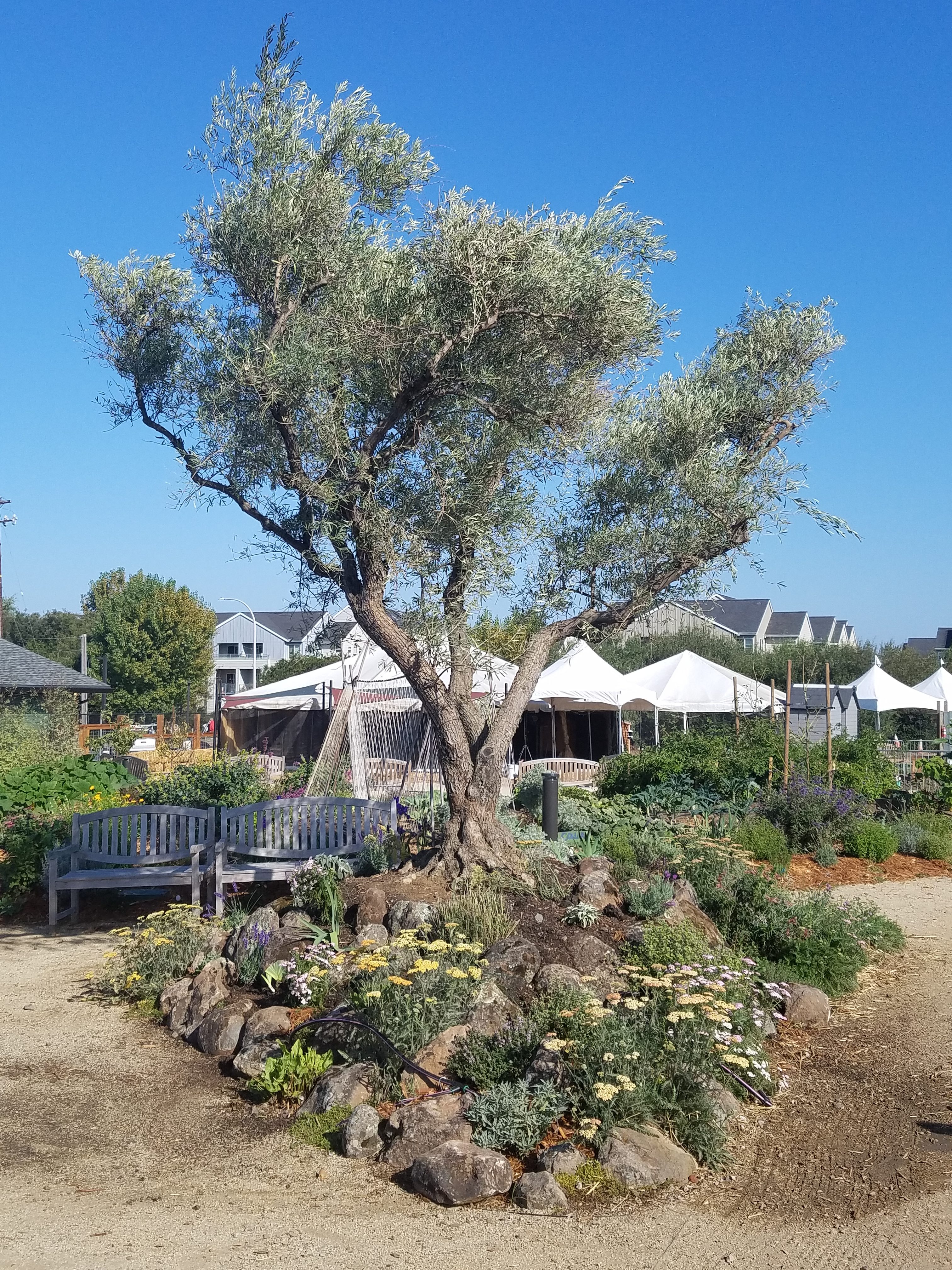 One need look no further than scripture to identify the deep-seated relationship between Judaism and the natural world. While in the modern imagination the Jewish people are typically represented as bookish city folk, our heritage is truly in the land. It was in the wilderness, after all, that many of our prophets and forbearers were tested and came to experience divine revelations. Wild spaces provide much of the backdrop of the stories found in the Bible and in some ways take on a character of their own. In many ways, it is through their relationship towards and struggle with natural places that the Israelites of the Bible are defined—their journey through the desert and dependence on the water of Miriam’s well, their waiting for Moses as the foot of Mount Sinai. God and Their qualities are often represented as or through natural phenomena: as a clap of thunder, the source of a great flood, or, among other examples, a burning bush.

The burning bush is one of the most iconic images from all of the Five Books of Moses. It’s captivating for a number of reasons, among them its paradoxical quality. It’s a bush that constantly burns and yet is never consumed by flames. It’s also a bush that apparently speaks, or at least has a voice emanating from it. While found in nature—in the deep wilderness, in fact—and consisting of natural elements, the bush has also been touched by the divine, is itself an element of Moses’ personal encounter with divinity. To me, this represents a certain acknowledgement of the intersection between nature and divinity, a wink to the idea that nature is itself divine, or at least can be. It also seems important to me that, in order to have this experience, Moses himself had to trek out far into nature, leaving far behind the human settlement that was his home. Of course, the timing could have just been happenstance—it could be that God was planning to deliver this message to Moses at that certain time no matter where in the world he was. But in the Torah, we’ve been taught to think, nothing happens without a reason. Everything is a symbol with some deep wisdom to be extrapolated.

So why the wilderness? Why is it featured so prominently, and why does it seem to be so important in the biblical psyche? One potential answer is that maybe the authors of the Bible felt what so many people today feel—that out in nature, we are more connected to something greater and deeper than that which we have access to in crowded urban centers. Another answer—which doesn’t necessarily exclude the first possibility—is that, when you consider the lifestyle of people living in millennia past, they were forced to confront and work with nature on a daily basis in ways that many of us no longer do. One’s local topography and the cycles of the natural world were a part of common consciousness in a way that, for many, they simply no longer are. This is reflected in many places in Jewish tradition, from the way we tell time to the blessings we say and even to our holidays.

As I wrote about in my last post, the moon governs Jewish time. Our calendar is lunar, with every month beginning with the new moon and following it through its cycle. This indicates an acute awareness of at least one aspect of the natural universe, one which was thought of as being important enough to sanctify with its own holiday, Rosh Chodesh. But nature-consciousness can be found in other aspects of Jewish practice, as well. For instance, the Shema Yisrael prayer, the daily recitation of which is considered among the most important elements of Jewish practice, is, in part, a prayer for rain, when you look at the full text of it, including Deuteronomy 11:14. Then, of course, there are all of the holidays we celebrate, many of which have deep agricultural roots. Sukkot is the most obvious to trace—as a late Fall holiday, it served on one hand as the major harvest festival for the Jewish people while also, on the other, serving to commemorate God’s protection of the Israelites during their forty-year trek through the desert. Many of the other major holidays have agricultural significance to them, as well. Passover, for instance, while commonly celebrated as a commemoration of the Jews’ flight from Egypt, is also a spring festival acknowledging “the lambing of the flocks and the harvesting of barley,” which was the first cereal crop to return in spring (Waskow 137).

This is all to say that the Jews of ancient times were attuned to the natural world, partially because of their dependence on it and partially due to the awe and wonder that it inspired in them. The growth of a Jewish sustainability movement and of “nature-based” Judaism in modern times can be seen as a revitalization of that. Such revitalization seems necessary to me in a world that by the day inches closer towards total environmental collapse and for a Judaism that continues to question its role in that world and how best to assert its own unique identity in it.