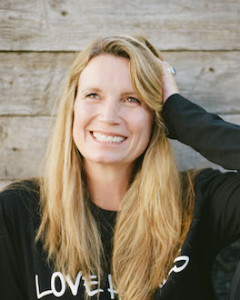 This news series, Can I Get a Witness? The Interviews, features conversations with the Witness participants to highlight how each author is being changed and challenged by the historical figure they are working to illumine. This week’s headliner is Rev. Becca Stevens, whose figure is American social activist, human rights lawyer, and theologian William Stringfellow.

In your research, what has surprised you about Stringfellow?

“I think his prolificness… There was so much to read because he had documented his life’s work for justice thoroughly. I was surprised by some of his encounters, how he remained so consistent in his paradigm.”

Can you tell me a story from Stringfellow’s life that illustrates something crucial about who he is?

“What I love best about Stringfellow is all the stories he told as illustrations of the universal issues of justice he was encountering. I love the story of how he moved into a tenement apartment and despite the roaches and filth, he was able to make a home for more than a year there. It reminds me of how fearless he was and how he lived the talk so gracefully.”

If you could call up Stringfellow this weekend and invite him out, where would you go and what would you do?

“I would take him to the Thistle Stop Cafe, where women who are survivors of trafficking, addiction, and prostitution run a beautiful restaurant and support the community of Thistle Farms. We would sip justice tea, eat whatever they served and I would ask him questions about grief, justice, and love.”

How is spending time with Stringfellow affecting you?

“I started dreaming of Stringfellow. In my dream I wiped tears from his eyes with the old lamb’s wool priests use to anoint those suffering. I have been affected by Stringfellow in my subconscious and been inspired to continue to the work I have been given all the days of my life.”

Becca Stevens is an Episcopal priest and founder of Magdalene, a residential community of women who have survived institutional and drug abuse. She is a prolific writer and her works include The Way of Tea and Justice: Rescuing the World’s Favorite Beverage from It’s Violent History (Hachette, 2014) and Letters from the Farm: A Simple Path for a Deeper Spiritual Life (Church Publishing, 2015). She has been inducted into the Tennessee Women’s Hall of Fame and she was awarded an honorary doctorate by the University of the South.